At Simply Petrol, we often objectify automotive engineering into car art. Engines are not just the heart and soul of any car, they might be a pretty beautiful piece of artwork. This blog is all about the best looking automotive engines. It is dedicated to mechanical creatures we are always happy to see. In person or as artwork. Because we feel that form following function often turns into pure art. 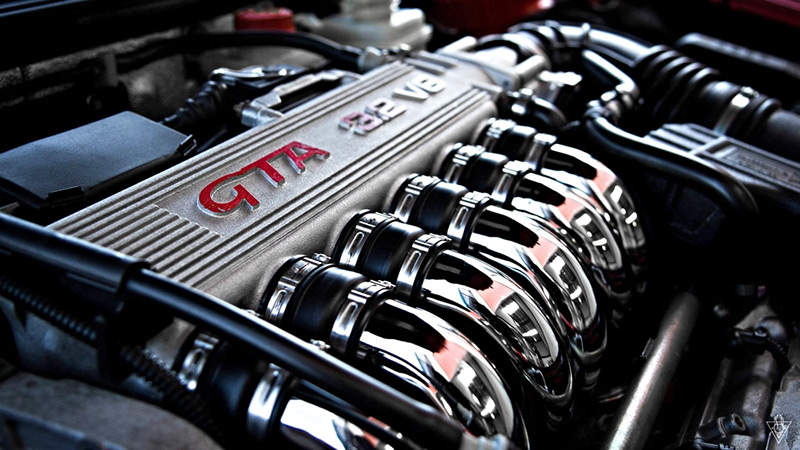 This is the most affordable option in our beautiful engines list. V6 Busso was produced from 1979 to 2005 with a power range between 130 and 250 hp. It might be found under the hood of a wide range of Alfas and some Lancia models. This engine was created by Giuseppe Busso which was his last project. Unfortunately, he passed away in 2006 at the age of 92, just a few days after last Busso engine was produced. It was not just an exceptionally beautiful piece of engineering, it is still considering as one of best sounding engines of all time.
Love Alfa themed car art? We got something for you! 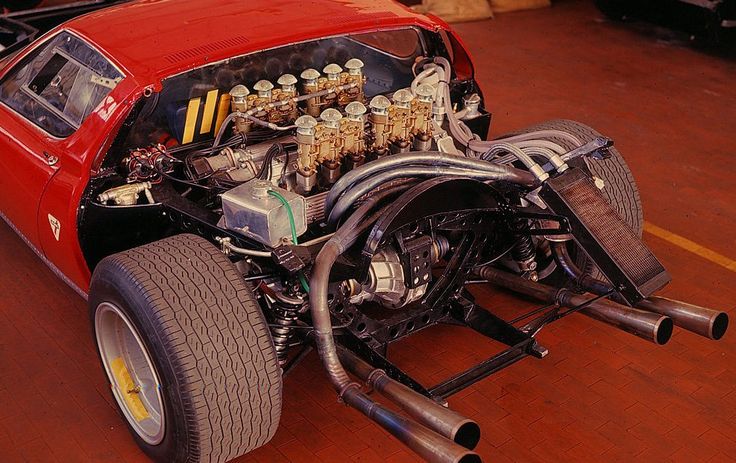 The first ever supercar is making a great entry in our beautiful engines list. The Miura is powered by V12 3.9L engine, derived from the 4000GT model. It is a beautiful piece of engineering but really intriguing is the decision for transversely-mounted mid-engine orientation. The engine and the transmission are formed in single casting in the early models. It was good enough for 350 hp and maximum speed as of 280 kmh. Just a quick reminder – it was 1966th.
Love Lamborghini car art? We have something for you! 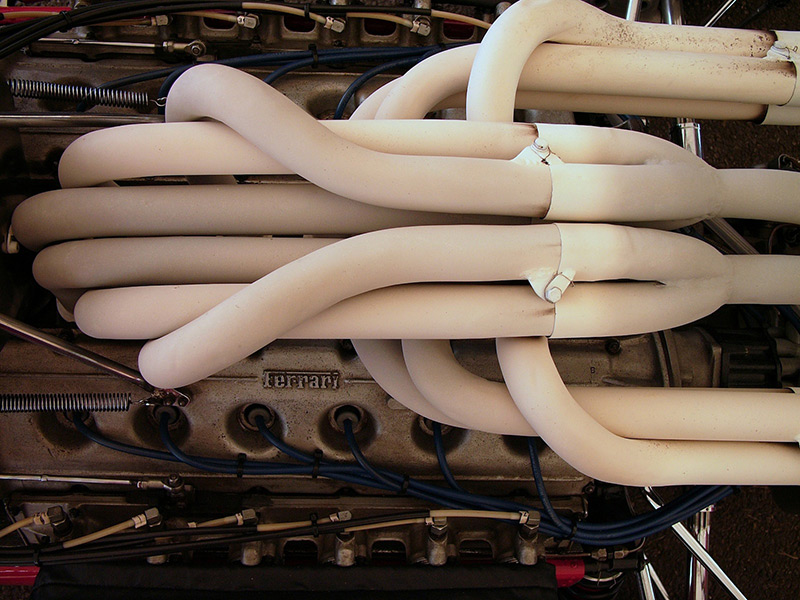 Another one Italian beauty. Ferrari 312 F1 car raced between 1966 and 1969. It was powered by 3.3L V12 engine used in endurance series. In order to fit F1 regulations, the engine lost 300 cm3 and became 3L V12 configuration, hence its name – 312. It wasn’t extremely successful, even though it made 3 wins out of 38 races, mostly because of the driving skills of Jacky Ickx and John Surtees. But man, it was beautiful as pure car art.
Love Ferrari car art? We have something for you! 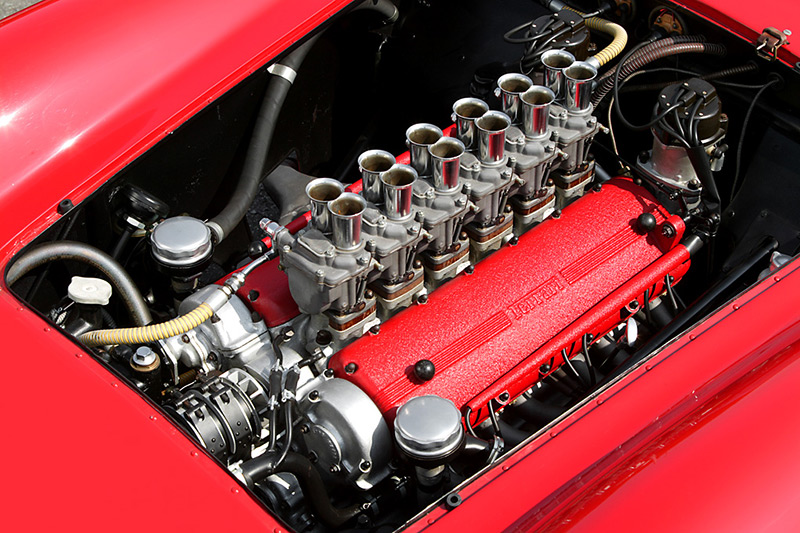 One more from Maranello. It is true that any Ferrari engine from the 60`s is spectacular view and this one doesn’t disappoint. This was an extremely successful combination of car and engine with three titles in World Sports Car Championship between 1958 and 1961. The TR abbreviation comes from Testa Rossa, meaning red head, a reference to red-painted valve covers of the cylinder heads. In fact, it was heavily modified Colombo V12 engine with six twin-choke Weber Carburetors.
Love Ferrari car art? We have something for you! 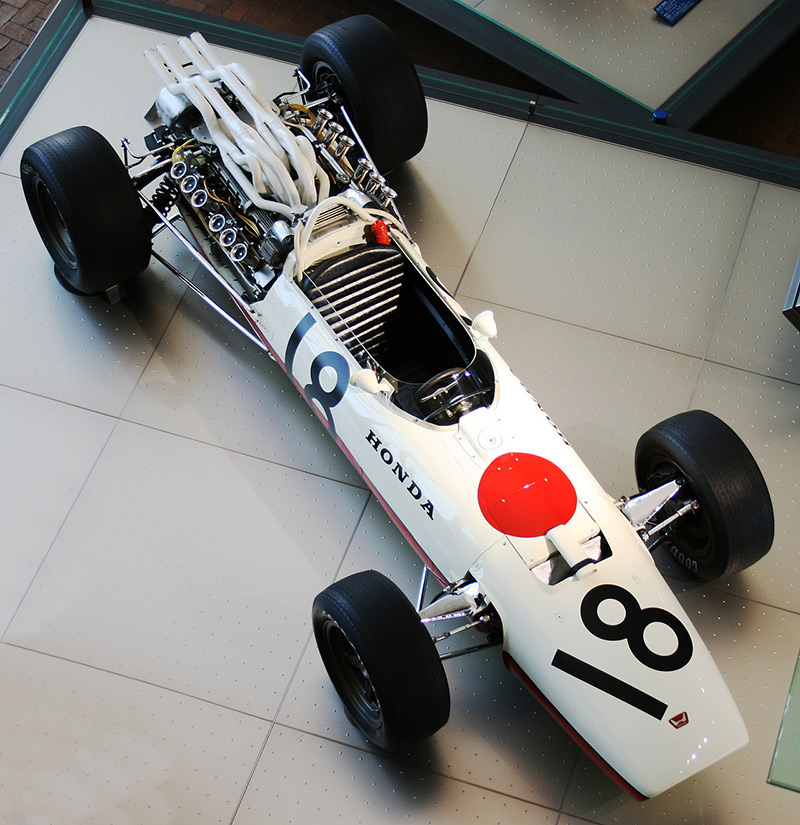 The first Japanese car ever won an F1 race was built by Honda. This happened in 1965 at Mexico GP with Richie Ginther behind the wheel of Honda RA 272. Its successor, Honda RA 273 relied on the same engine but heavily redesigned because of regulations change. The result was nothing less than spectacular. Well, you can’t say the same about its race track performance. The engine designed by Soichiro Irimajiri raced in just 9 competitions and couldn’t score a win or even a pole. Never mind, it looks like it was sculpted.
Love F1 car art? We got something for you! 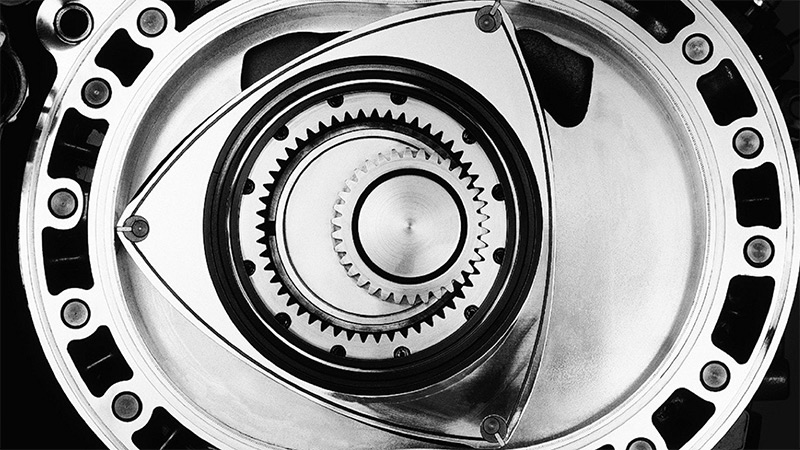 At Simply Petrol we are huge fans of Maurits Escher` art. He was really good at spatial combinatorics, turning geometry into a game. This is what is popping out in our minds when we recall Mazda rotary engines look and feel. Unfortunately, Wankel engines cannot comply with current CO2 emissions as well as they are extremely oil thirsty because of its design. But they are a piece of art. Just look at this rotary car art.
Love Mazda car art? We got something for you! 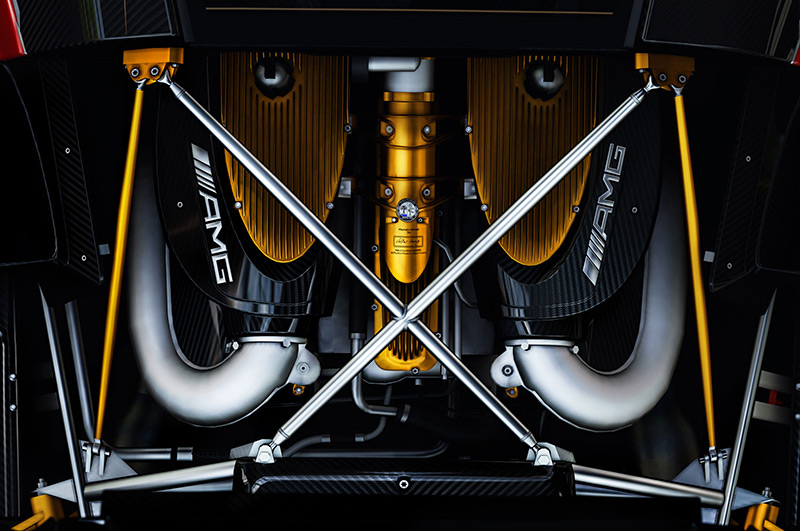 No one beats Pagani in terms of detail. They overplay that game and you can see the result even under the engine hood. There is tailor made twin-turbo V12 engine, designed and produced by Mercedes-AMG. The 6.0L M158 is capable of 720 hp, enough for 2.8 sec. acceleration from zero to 100 kmh. This piece of engineering which is either beauty and a beast is hand-built. The expansion tank is mounted on top of the engine in order to achieve lightness and efficiency. We love when engineers do it like they want, they often come up with pure car art. Just like this. 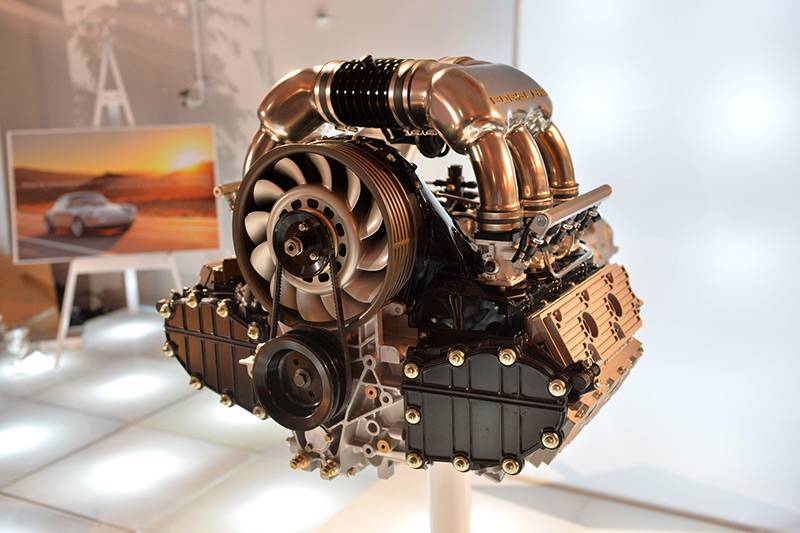 We are huge fans of the Singer guys from California which turned the classic 911 Porsches into the perfect vehicle. Their game is to take the classic Porsche shell and to fill it with modern day technics. And they play it beautifully. Their engines are developed by Cosworth exclusively for Singer vehicles. Yes, they are hand built and yes, they come with a plate stating the name of the man who assembled it together. Did we mention that this boxer beauty might run up to 7200 rpm?
Love Porsche car art? We have something for you! 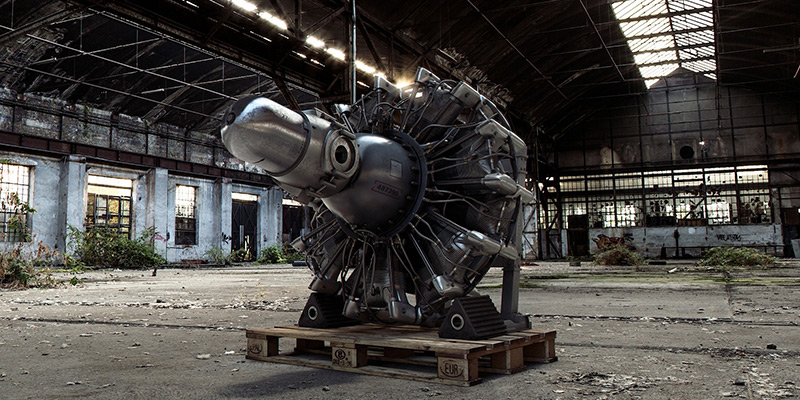 One of most unusual engine configurations, the radial engine, also known as “star engine” was heavily used in early aviation. Its complex design proved successful because of their air-cooling, combined with a relatively good power-to-weight ratio. In early 20`s, the Americans from Pratt & Whitney created their Wasp radial engine. It’s evolution, the 14 cyl. Twin-Wasp engine is the most popular aircraft engine ever with 175 000 built. You can find it in 29 different plane models, including the plane that brings aviation to masses – DC3.