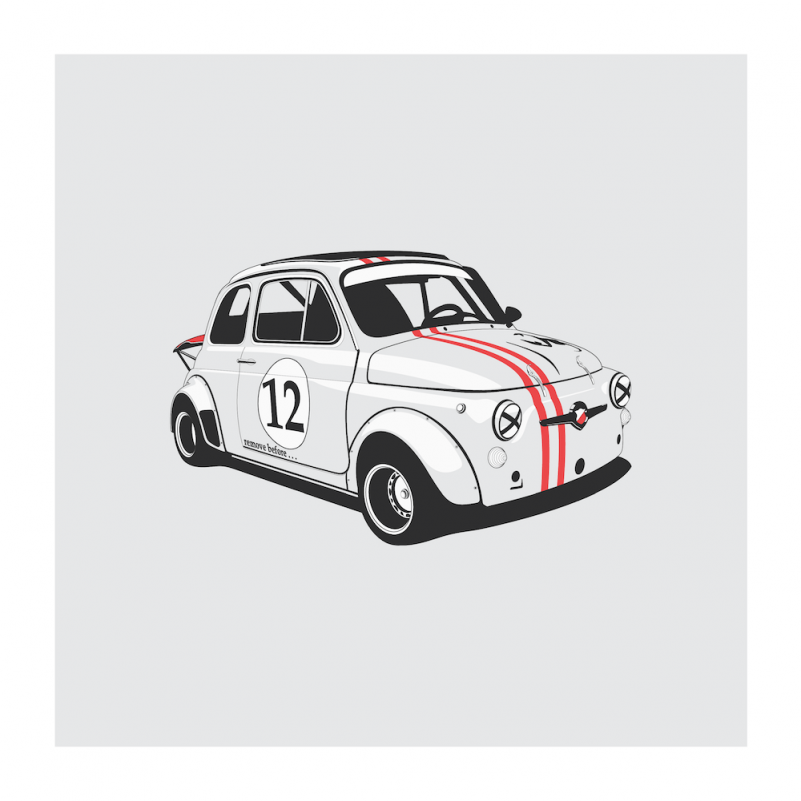 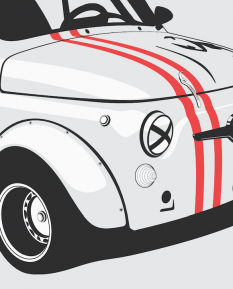 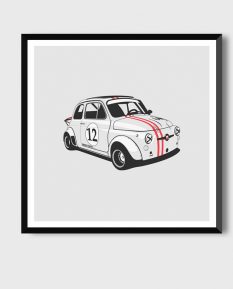 Coming straight out of 1963 we have this dual exhausted, two-door, four-speed, madly cute and utterly slow, 32 hp Abarth 595 SS - one of the slowest cars ever to make it to automotive art levels of fame. The 595SS utilised a Solex carburettor, bored out engine, high compression pistons, high lift camshafts, modified inlet ports, alloy large capacity sump and Abarth valve cover and air filter. Above all other achievements of this car, we have to say that this is the car that made it cool to drive a small, agile car with lower horsepower which managed to deliver high levels of driving excitement and adrenaline. When it came out, it was one of the if not the coolest cars in Europe and one of the only poster-worthy small cars out there. We all have imagined ourselves driving one of these vehicles in Rome on a hot summer day with the love of our life and hooning around the Coliseum.

This tiny Abarth 595 SS art is a pocket bomb tribute

This article is supposed to be about the mad car above, but we have to speak about the automotive genius that dreamt it and turned it into reality, Karl (Carlo) Alberto Abarth. This Austrian man of Italian origin has had a life no less exciting than his creations. Mr Abarth's long career included being motorcycle chassis designer and engineer, a motorcycle-racing driver; he became European champion five times and founded two automotive companies with some of the most notable poster queens of the car history. His racing career ended briefly after a horrific incident, but he designed a sidecar for a motorcycle and ended up winning a historic race against the Orient express in 1933 racing from Vienna to Ostend. Carlo's list of friends included Ferdinand Porsche, Anton Piech, Tazio Nuvolari, Rudolf Hruska and Piero Dusio. That is quite a list of friends when you are in the racing business.

Together with the people mentioned above, Carlo Abarth ventured into F1 car creation under the company name of Cisitalia which culminated in a car known as the Type 360. This car was jointly designed with Porsche and utilised some revolutionary designs and a 1.5-liter supercharged engine, sadly the design proved too sophisticated for the small company, in addition to F1 banning supercharged engines in 1952. All this resulted in Cisitalia going bankrupt, and Mr Abarth founding Abarth & C. together with his test driver Guido Scagliarini and finally selling it in 1971 to Fiat, but stayed in charge as the CEO. His life story is one of those that makes you dream of living in the era of cigarette smoking, muscular men doing unreasonably dangerous things with no one being there to regulate their actions and vehicles.

We are more than happy to share with you the pocket power of this tiny rocket in Abarth 595 SS art form, created by Marc Carreras and carefully issued by Simply Petrol.