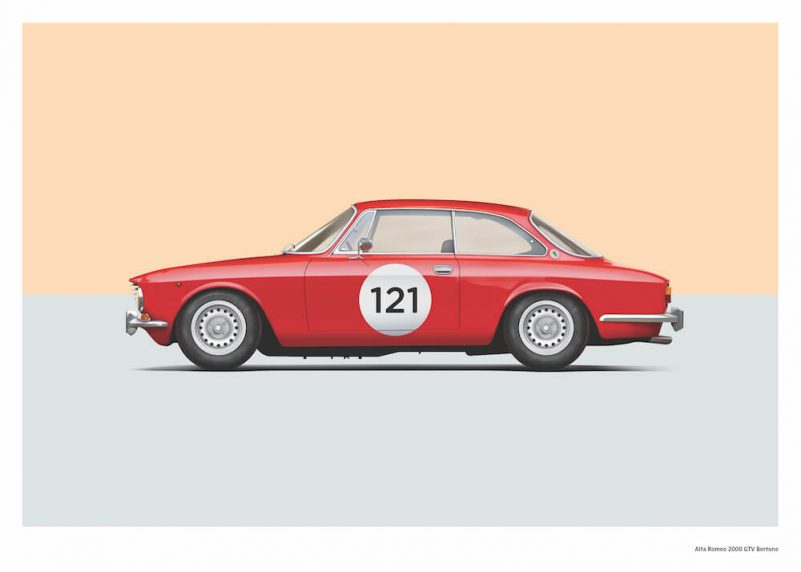 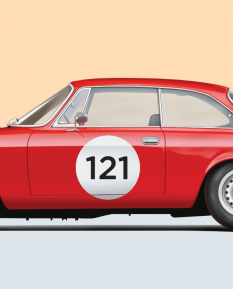 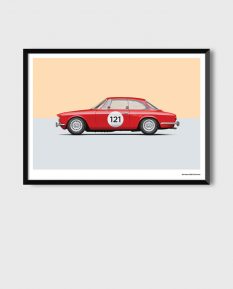 We are in love with the Italian perception of Dolce Vita and we`d die to experience it in its full scale. Especially its automotive dimensions, which are nothing less than … sweet. Take a look at Alfa Romeo 2000 GTV, the final incarnation of the notorious Alfa`s chassis 105 coupe. Launched in the early 60`s, the 2000 GTV was the last of all evolutionary models and probably the best of them all. It owns a special place in our hearts and that is why we can’t do anything less than to share with you this sleek Alfa Romeo 2000 GTV art.

2000 GTV was the final edition of the 105 coupe that started its production life as Giulia Sprint GT. Its dual camshaft engine had increased capacity up to 2 liters. They were enough for 130 hp at 5500 rpm with the SPICA fuel injections, available only to US and Canadian customers. The cars sold in other markets relied on classic carburetors giving the same output. The kerb weight of this Alfa is way above 1000 kg, keeping its agile and nimble nature.

The interior of the 2000 GTV was also changed a bit, most notably the separate instrument cluster which replaced gauges installed directly in the dash panel of earlier cars. Alfa Romeo 2000 GTV was easily distinguished from its predecessors by the horizontal chrome bars located on the grille. Some of the cars were sold with optional “Turbina” alloy wheels, the same size as the standard 14 inch wheels and first seen on Alfa Romeo Montreal. 37 459 Alfa Romeo 2000 GTV were made in total. The rarest of them all are those one built in 1975 for the American market. It seemed that they wouldn’t pass the emission test so the very few examples were sold as 1974 models.

This sleek Alfa Romeo 2000 GTV art created by Dziugas Valankauskas is sweetly telling the story of late Italian Dolce Vita and we are in love with it. Now you can make it yours as flawless art print, carefully issued by Simply Petrol.