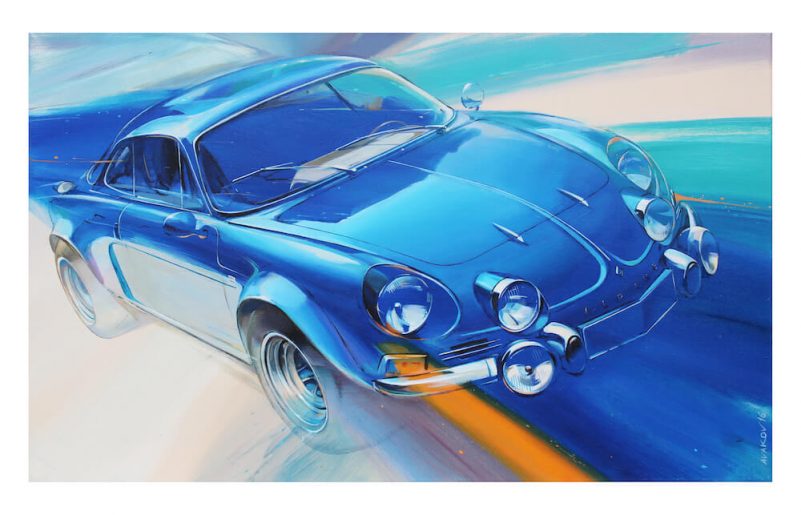 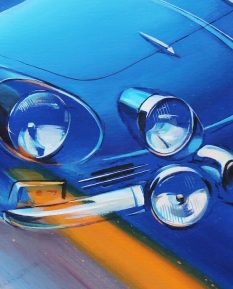 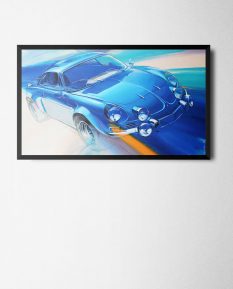 Do you know who Jean Rédélé is? If not, let's fix this immediately - Mr Rédélé is as important for Renault as Carlo Abarth is for FIAT. Just like Abarth, the founder of Alpine is adept, dreaming, ambitious, vigorous and successful. Alpine A110 is a creation of his that represents the French incarnation of Porsche 911 but is way more elegant and successful in rallying.

Knowing what you are made for

Rédélé purposely designs the car for rallying. This approach pays off with numerous checkered flags and lots of international acclaims. A110 is not just a winner at Monte Carlo Rally but it takes the title twice with 1-2-3 positions. During its relatively short production run between 1967 and 1973, this car either wins the legendary Monaco rally or finishes among the top three. Alpine A110 is good enough to bring three of the International Championship for Manufacturers trophies to Mr Rédélé`s office.

The basic idea behind this car is pretty simple. It is created from the underpinnings of Renault 8 which is an air-cooled, rear-engine compact car with four-disc brakes. Jean Rédélé adds lightness with a fibreglass Berlinetta body and more powerful Renault engines. The result is loud, hot and beautiful.

Initially, A110 has a humble 1.0-litre engine tuned up to 65 hp. Later it receives a 1.6 option producing almost 140 ponies thanks to the two twin-barrel Weber carburettors. The light weight of the car makes it fast both in curves and straights with max speed up to 210 km/h. With its perfect handling, Alpine A110 also wins Coupe des Alpes, famous as the Alpine Rally, for three consecutive years.

A piece of history

Lancia Stratos appears in 1974 as the first car ever designed from scratch for rally racing that is homologated and operational. And it rocks. The prominent tail-happy A110 soon becomes obsolete. Right now you can see it in motion at historic rallies like Rallye Monte-Carlo Historique.

A110 is originally built in the Dieppe factory which currently manufactures RenaultSport cars. Soon it should start the production of the spiritual successor of A110, the Alpine Vision Concept. But back in the '60s and '70s, there are also factories in Bulgaria, Spain, Mexico, and Brazil that build the A110.

You can order now at Simply Petrol marketplace this beautiful Alpine A110 art print in red by artist Ilya Avakov.