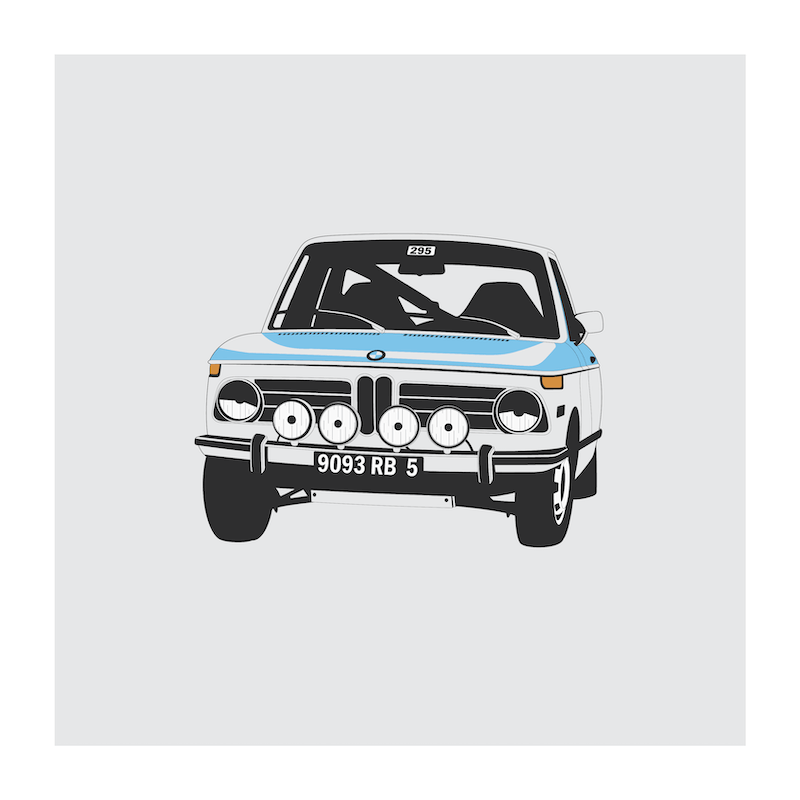 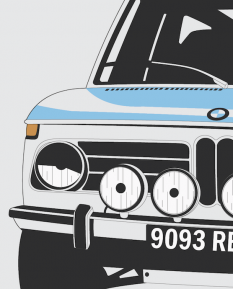 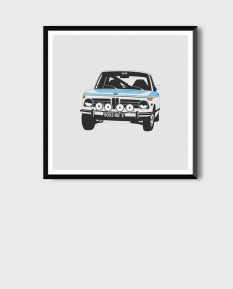 Today we all know BMW as sporty handling luxury car manufacturer. Kids and teenagers all around the world have posters of modern-day M3’s and M5’s on their walls and type away about the performance numbers in the YouTube comments sections. But just little over half a century ago, the future looked pretty bleak for BMW, 40’s and 50’s were financially hard times for the German manufacturer.

However BMW managed to gather little money with the so-called New Class (German: Neue Klasse) and produced something that changed its history forever, we are talking about the BMW 2002 of course. Those of us who care less about having 500 hp under the bonnet and leather sits with 1000 way adjustment, remember this car as the one that started the fame of BMW as the Ultimate Driving Machine. The little, nimble great-grandfather of the three series and the car a lot of us probably drove as youngsters but never thought would hang high-end car art of it on our walls. Well, the day has come, and for the very least, we owe it to the next generation to educate them to cherish the humble beginnings of a car that started a cult following like no other. This is why we are more than happy to share with you this BMW 2002 art.

Just to run a quick memory refreshment course, the 2002 came out in 1968 and ended production in 1976. A revolutionary car that initially came with an underpowered 2-litre M10 engine, pumping out just 101 hp and the “sporty” 2002ti with a double carburettor and 119 hp. Thankfully, BMW realised the potential and gave birth to the 2002 Turbo, utilising a KKK turbo and pumping out 170 hp, mind you this was the first turbocharged production car sold in Europe. The 2002 also featured McPherson front struts with independent semi-trailing arm suspension in the rear, all aiding the fantastic handling characteristics. These days we take it for granted to have a poor man’s 316 with just 136hp and a range-topping M3 with around 444hp, but back in the day having a 70 hp increase from the first year of production to last was unimaginable. What was probably unthinkable back then, was that the BMW's of today would be so overweight. It seems that the formula of success has changed quite a bit, and that's a pity for sure.

Now you can own this beautiful BMW 2002 art created by Marc Carreras and carefully issued by Simply Petrol.