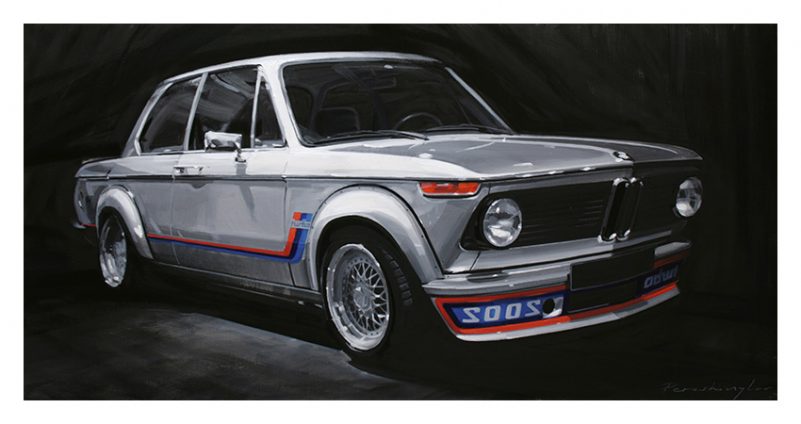 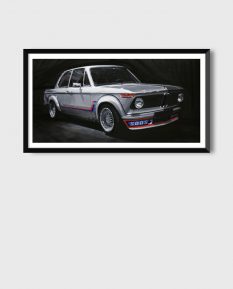 Back in the 60`s Alfa Romeo ruled the affordable sports car segment, creating excellent machines and generating a lot of sales. With 02 series, BMW tried to do the same, and they joined that party rather late but more than spectacular. They decided to drop a KKK supercharger to their M10 engine, pushing its power output up to 170 hp. This is how BMW 2002 Turbo was born in 1973. With its aggressive fenders, ambulance like Turbo tag on the front fascia and broader 13-inch wheels, this car briefly converted into ultimate racer` dream. This is why we are more than happy to share with you this beautiful BMW 2002 Turbo art, created by Petr Pereshivaylov.

In its time the BMW 2002 was very focused and greatly timed product, but there was another 2002 BMW, a faster one. The BMW 2002 Turbo was quick enough to make 0 – 60 mph in less than 7 seconds, and just to remind you, the year was 1973. It was possible mainly because of the KKK supercharger powered by the exhaust gases heated up to 900oC. Let’s talk about melting pipes!

Just 1672 of the 02 Turbo were produced due to the `70s oil crisis that killed so many great cars. Due to its limited run made the car extremely rare and desired by BMW collectors. As for 2018, its current pricing is about $100K, still way more expensive than any other brand new M3. For a price tag like this, you`ll obtain the second BMW M car, the first “mass” production BMW with a turbo and huge turbo lag, eager to kick your kidneys when the vehicle is ready for rpm assault.

Now you can own a piece of its story through this BMW 2002 Turbo art, beautifully created by Petr Petreshivaylov and carefully issued by Simply Petrol.