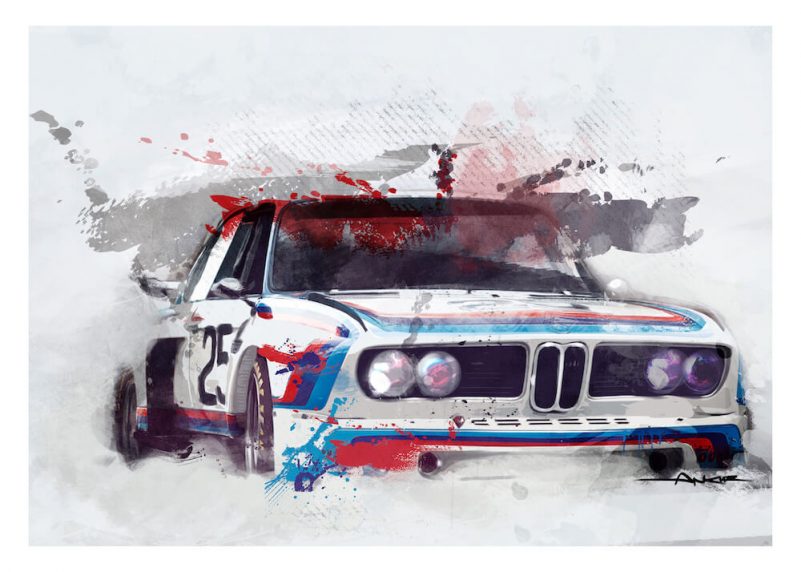 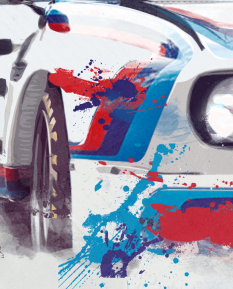 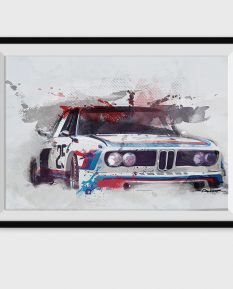 1968 is a diverse year of both triumph and tragedies. It is the year of the Prague Spring, Martin Luther King's assassination and the first live Led Zeppelin gig. In the motorsport world, 1968 is the debut year of BMW E9, popular also as the New Six Coupe.

In a BMW 3.0 CSL form, this chassis proves successful in racing with victories at European Touring Car Championship and Deutsche Rennsport Meisterschaft. It is fortunate also at Le Mans with Group 4 class win. It has as well a few IMSA victories in the USA. BMW 3.0 CSL receives the nickname Batmobile because of its bulging aero kit. It becomes the canvas of the first-ever BMW art car. This truly melts our hearts.

This BMW 3.0 CSL Batmobile art is the ultimate visual feast

BMW E9 is an aesthetic pleasure. In its 3.0 CSL form, it has deeper chin spoiler and rubber fins on the top of the front wings. Its huge rear wing is on steel trunk because aluminium cannot cope with the downforce. The first Batmobile BMWs are raced with Texaco livery in blue, purple and red stripes. This color scheme will soon transform into the visual signature of BMW`s newly formed M division.

BMW E9 has six European touring car titles under its belt and is driven by pilots like Niki Lauda, Ronnie Peterson, Hans Stuck and Sam Posey. It also plays a significant role in establishing the BMW legend in the USA by winning some IMSA starts.

The car in this art by Ankur Singh is exactly the 3.0 CSL Batmobile modification. #25 is raced in 1975 12 Hours of Sebring. It wins five races that year, including Sebring, Riverside, Laguna Seca, Daytona, and Talladega. Quite impressive, isn’t it? Now you can have this BMW 3.0 CSL Batmobile art delivered by the motorheads at SImply Petrol.