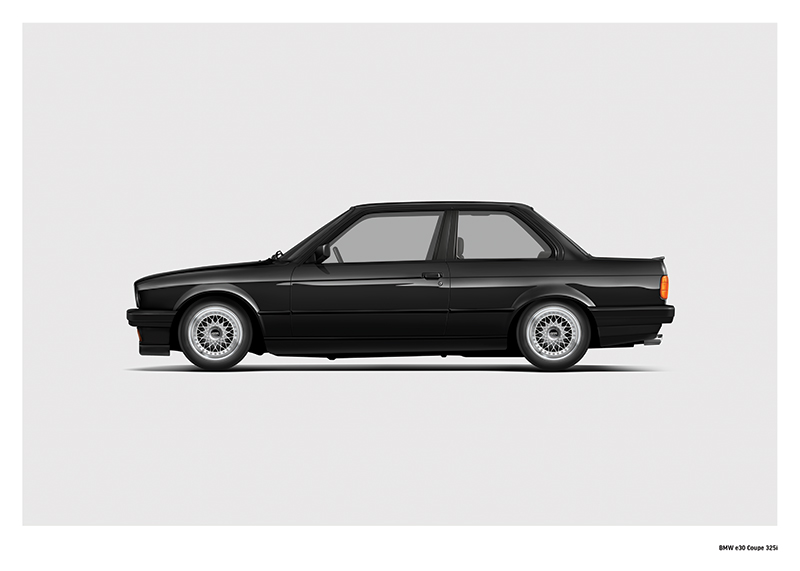 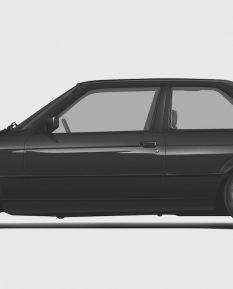 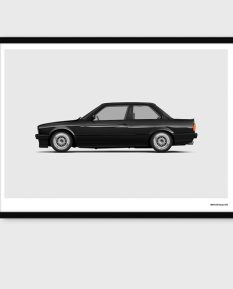 BMW E30 is considered by many as the finest BMW`s ever made and has a significant following in the car scene worldwide. Its classic lines and proportions, the ergonomic interior and honest handling turn this car into the ultimate “ultimate driving machine”. The second edition of the now legendary 3-series is having a place in our hearts with its timeless look and we can't do anything less than to share with you this sleek BMW E30 art.

BMW E30 was the replacement to the successful E21, which became the epitome of the compact sports sedans. The barrier was set high but BMW E30 was overachiever. In fact, it was manufactured for 12 years when regular cars had life span of 7 years. During that time, E30 appeared as the first ever BMW`s station wagon, and 325iX first ever all-wheel drive model. E30 M3 became undoubtedly the most popular M car ever. Its successful racing career in various championships helped to gather passionate fan base from all over the world.

The E30 really came of age in the 1987 model year with the appearance of the 325i and 325is models, which abandoned the "eta" reduced-rev/high-fuel-mileage engine concept, as well as the introduction of the 325iC convertible, the first pure convertible offered in the 3 Series.

"The 325is is the first genuinely sporting BMW to reach our shores since the 2002tii went out of production in 1975," wrote Car and Driver after testing the '87 325is.

This sleek BMW 325i E30 art created by Dziugas Valankauskas is beautifully telling the story of the phenomenal sports sedan success. Now you can make it yours as a flawless art print, carefully issued by Simply Petrol.