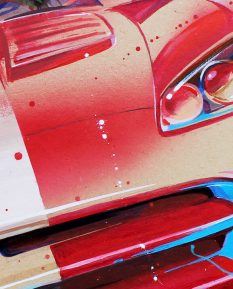 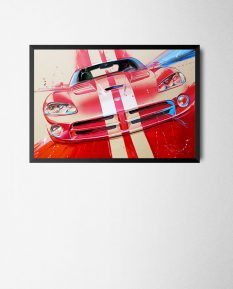 A hand-crafted sports car with an 8-litre V10 capable of acceleration from 0 to 60 mph in less than 4 seconds with no ABS or traction control. This is the sports form in which Dodge Viper starts its life. It is a truly mean machine that just outperforms its opponents.

The Viper SRT10 is even more badass with its engine tuned up to 500 hp. It finally receives ABS brakes that prevent unskilled drivers from totalling the car immediately. Dodge Viper SRT10 is well-suited for club racing and autocross. It is also good at long-distance cruising and is capable of 80 mph in sixth gear at just 1600 rpm. This is accompanied by a low-gurgling V10 sound which can easily reach crescendo. Looks like the Vipre SRT10 can rip the asphalt with its tires.

The second-generation Dodge Viper keeps its predecessors' tradition. The SRT10 version comes with a 600 hp and a new 6-speed manual transmission. It has many improvements and is way more cultivated than the first release. 600 hp at the time is in the supercar zone.

Dodge Viper SRT10 can keep a stable speed of 250 km/h. There is no surprise that the SRT10 in ASR form breaks the record for the fastest mass-production car at the Nordschleife in Nurburgring with 7:12.13. This is good even for contemporary standards. Well, the car's capacity comes at a reasonable cost. The car is way more expensive than Corvette Z06 and is believed to be the most expensive car for repair works.

Artist Ilya Avakov finds inspiration in the beastly vehicle and creates this Dodge Viper SRT10 art print. You can order it now at Simply Petrol marketplace.