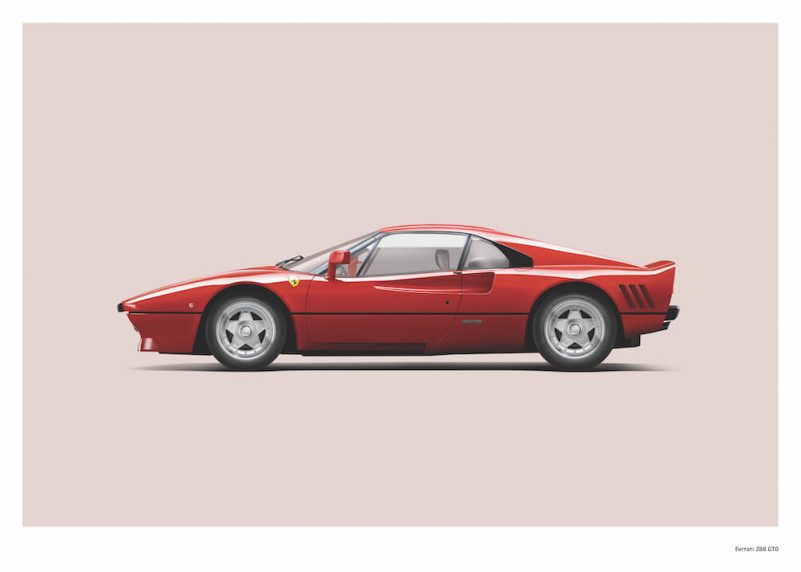 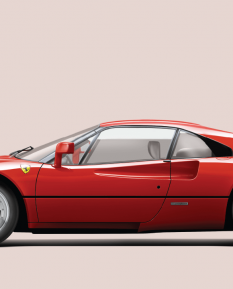 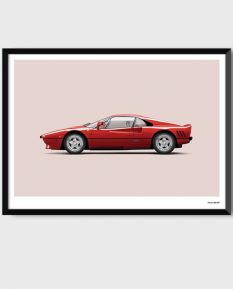 Group B rallying created epic cars like Lancia 037 and Lancia Delta S4 but Italians had more to offer. Enzo Ferrari aimed to the track events from the Group B calendar with contender based on the extremely beautiful 308 GTB. The tragic accident with Henri Toivonen followed by the cancellation of the Group B race series left all 272 examples of Ferrari 288 GTO in road going condition. They were so beautiful, yet extreme and we just can’t resist sharing with you this sleek Ferrari 288 GTO art.

This car was penned by Leonardo Fioravanti for Pininfarina and was heavily influenced by Ferrari 308 GTB/GTS both aesthetically and technically. The car received the same V8 engine but in the GTO guise, it was stimulated by twin turbochargers. To ensure enough space for them to be placed, Ferrari mounted longitudinally the 288 GTO engine. It paid off since the engine was capable of 400 hp, and acceleration from 0 to 100 km/h in just 5 seconds. Ferrari claimed top speed of 189 mph or 304 km/h, making it the first street-legal car to pass the 300 km/h barrier.

The main competitor of Ferrari 288 GTO was Porsche 959. While the Germans opt for the hi-tech route with its four-wheel drive, the Italians played it old school – low weight and high power. Ferrari 288 GTO scaled just 1160 kg. This was achieved by extensive use of carbon fiber and kevlar composites, direct technology transfer by Scuderia Ferrari F1 team.

This sleek Ferrari 288 GTO art created by Dziugas Valankauskas is beautifully telling the story of a racing car never got into racing but became the fastest production car in the world. Now you can make it yours as a flawless art print, carefully issued by Simply Petrol.