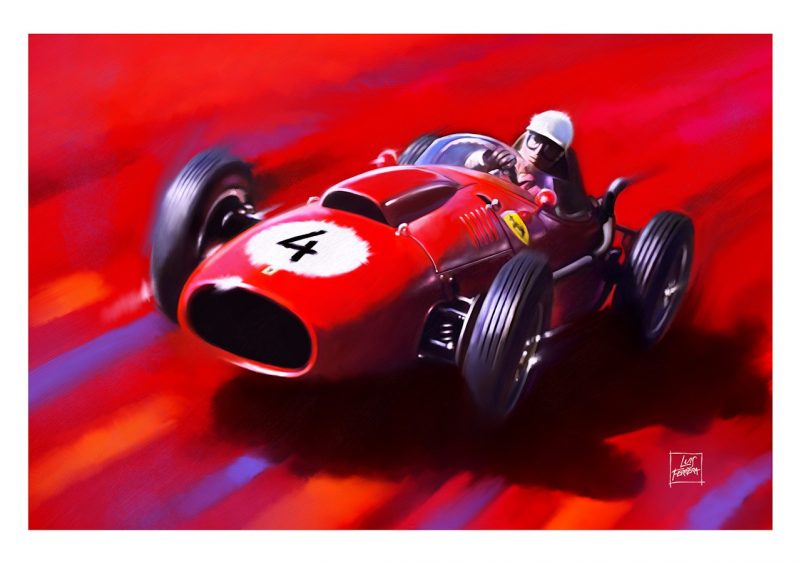 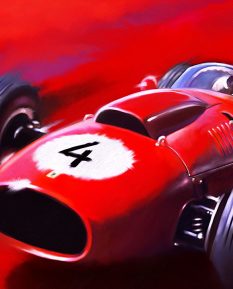 Ferrari 246 F1 took the first Grand Prix victory powered by with a V6 engine and the last one with a front-engine layout. It was the machine driven by the Wolfgang Von Trips in his last season in F1. It also sparked the rivalry between Mike Hawthorn, Peter Collins and Luigi Musso.

Sadly, the season of 1958 is among the deadliest in the history of Formula 1. Just that year, six drivers found their death. Both Musso and Collins were thrown out of their cars and suffered deadly injuries. Ferrari needed new drivers.

The debut for Wolfang von Trips for Ferrari followed a year earlier in the 1957 Argentine GP. Then he placed  six with Lancia-Ferrari D50. The German, who had a reputation for being accident-prone early in his career, was popular among his peers. During his career, he will receive the nickname Taffy from Mike Hawthorn.

After the unexpected return for Ferrari in 1960, he did not disappoint. It was an essential time for Scuderia Ferrari, as they prepared for the next season regualations. That was the time when the legendary Juan Manuel Fangio was retiring, both Hawthorn and Collins were dead. The new drivers, Phill Hill and Wolfgang von Trips, spent almost all of the season preparing for the new 1500cc rules.

Ferrari entered the races as favourites for the 1961 F1 World Championship with the new F2-styled engine. Wolfgang Von Trips led at Zandvoort and won the wet British GP at Aintree. At Nurburgring "Taffy" finished second after Moss, who also won at Monaco. However, then followed Monza and tragedy.

To win the championship, Von Trips needed to finish at least third. That seemed like an easy task, given the fact he won the pole positions. After a slow start, he was forced to fight for P5 in the second lap. At the long straight just before Parabolica he suddenly swept left. After touching his back wheels with the front of Jim Clark's car, his Ferrari was catapulted towards the fence. Footage of the crash will later be examined as a proof for better safeguards on tracks but also reveals the tragedy of 15 lives lost. This will remain the worst loss of life at Monza since 1928 and in the history of the F1 World Championship.

Not long before the tragic accident happened, he managed to establish a go-kart race track in Kerpen, Germany. This is the place where Michael and Ralf Schumacher did their first laps. Coincidentally, Michael Schumacher 1st place at the 1992 Belgian GP was the first Grand Prix title won by a German pilot since von Trip's last win at British GP in 1961.

Now you can own this bright red piece of Ferrari F1 gorgeousness as a vivid art print, beautifully created by Luis Ferrara.