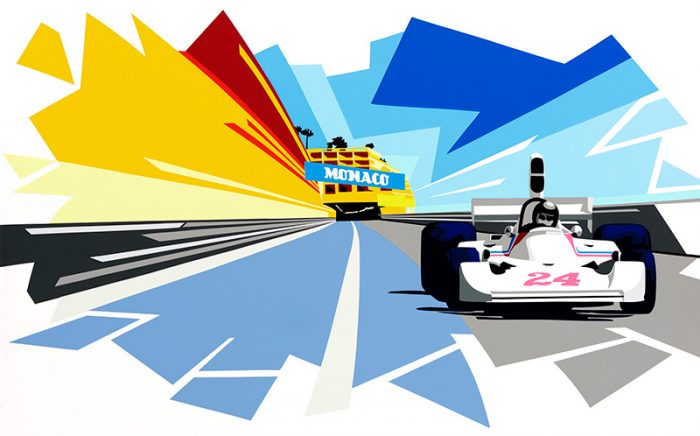 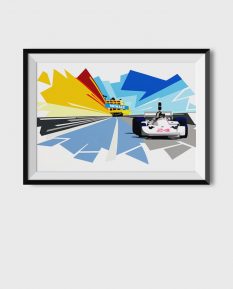 He is undoubtedly one of the most interesting F1 drivers of all times. More playboy than racer he was real life legend. His rivalry with Niki Lauda was beautifully recreated in the Rush movie. The story of a hard-living and fast-driving playboy James Hunt that once bedded 35 British Airways flight attendants and his Champion title defending and humble yet methodic contender Niki Lauda is really fascinating.

The lifestyle of James Hunt was filled with booze, weed, drugs and lot of girls. You can do nothing but wonder how he managed to be so good at the racing track after everything he caused to himself. Oddly enough, his first team in Formula 1 was Hesketh Racing. It was a short-lived team founded by Lord Thomas Hesketh; a Brit with more money than God. Hesketh Racing lifestyle was filled with champagne and first-class hotels stay even for the mechanics. As the team began to experience some success it established so-called Leisure Division to ensure it was always stocked with wine, women, Rolls-Royces, helicopter and a yacht.

Believe it or not, even Lord Hesketh`s money were not endless variable. That’s why he moved in McLaren even though he didn’t agree to dress suits for social and sponsor`s events. James Hunt kept the most desired sponsorship property on his racing overall booked with its own tag stating “Sex, Breakfast of Champions” which later was changed for “Sex is a performance thing”.

The Hesketh 308 racer depicted by this art is the car that gave James Hunt his first F1 win in season 1975 at the Dutch Grand Prix. This car was based on March chassis and was powered by Ford-Cosworth V8 engine. Even though the car was really fast it was tremendously unreliable. Transmission failures were more than common.

This very James Hunt art is created by Joel Clark with his unique technique of hand cut vinyl. At Simply Petrol we are more than happy to give you access to this exceptional art, created by an intriguing artist.