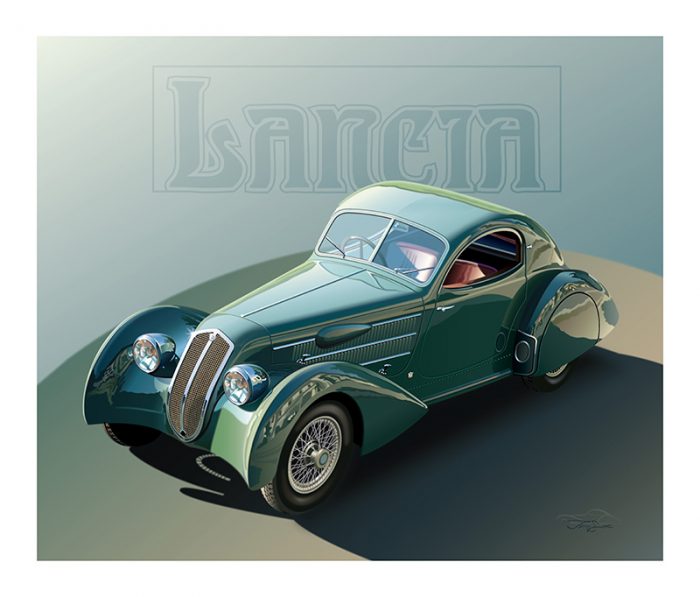 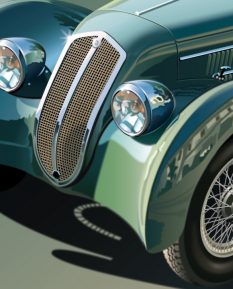 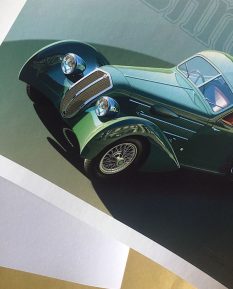 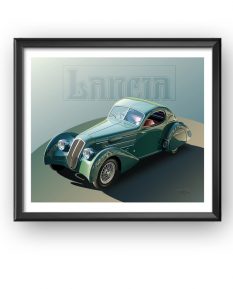 When Cicero decides to retire after the death of his beloved daughter he moves in his Roman villa in Astura. Astura is a former island and now peninsula on the coast of Latium, Italy. It is also a Lancia car model. Actually, it is the first Roman name Vincenzo Lancia chooses for his vehicles. Up to this point, he shows an inclination for Greek letters like Gamma, Delta, Epsilon, and Lambda.

The Astura and Artena models are designed to replace the senior but still innovative Lancia Lambda. The Lambda becomes the very first motor car with unibody construction and independent suspension. Both cars share the same body and design but Lancia Astura is the more luxurious vehicle with the bigger V8 engine. Unlike its predecessor Lambda, Astura relies on ladder chassis which makes it attractive to coachbuilders. It is an interesting fact that the career of Batista Pininfarina starts with the chassis of Lancia Astura.

Italians win the race for design

The beauty you see on this Lancia Astura Aerodinamica art print is not created by Pininfarina but by Carrozzeria Castagna coachbuilders. They leave their mark in automotive history as the creators of the very first automobile with an internal combustion engine. This is the Benz Patent-Motorwagen. Castagna proves to be good enough to build bodies for brands like Isotta Fraschini, Duesenberg, Alfa Romeo, Lancia and Mercedes-Benz. Carlo Castagna sells his beautiful cars to the rich and famous including movie stars, booming entrepreneurs and last but not least - the Pope.

This particular art print's source of inspiration is the Lancia Astura 233C Aerodinamica Coupe by Castagna. Undoubtedly this car is among the best interpretations of this beautiful Italian design. Only four of all 2912 Asturas can brag with the streamlined body that Castagna creates. Milan coachbuilders like to say that the Aerodinamica coupe is “designed by the wind”. The more we look at it the more we agree with them.

The car gets its power by a V8 engine with just 19 degrees between the cylinder banks. It combines the advantages of both V and inline engine configurations. The power output is 82 hp, good enough for 130 km/h max speed for the basic specification. We guess that the streamlined coupe will be a little bit faster. This is quite impressive for the mid-'30s.

Now you can own Terry Smith's artistic interpretation of the elegant car. Order your Lancia Astura Aerodinamica art print at Simply Petrol marketplace.