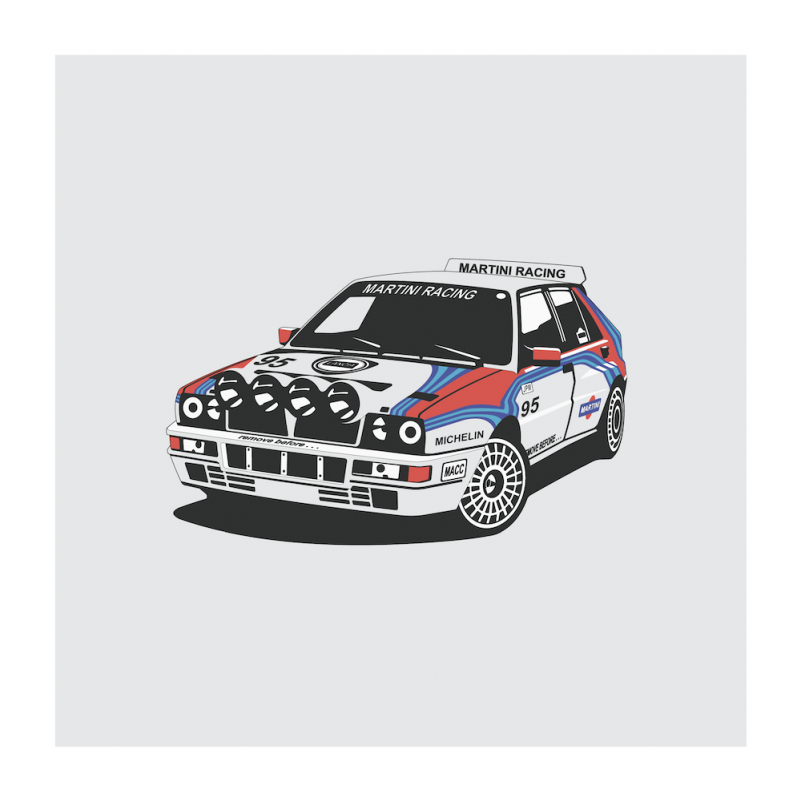 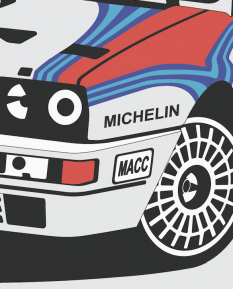 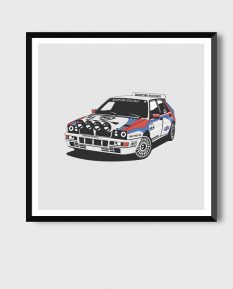 What you see above is a wet dream of any rally fan, the Lancia Delta HF Group A. Those who grew up in the 80’s and 90’s, or watched WRC rewinds know that this cars record is unbeaten to this day. Now you see why we are more than happy to share with you this beautiful Lancia Delta HF art.

Some of the young car fans would probably scratch their heads after hearing Lancia, WRC, and legend in a single sentence. It is understandable though; sadly nothing is left of Lancia’s former glory along with most of the Italian mass car manufacturing. Sure, there has been some success in recent years with the Fiat 500, Fiat 124 and more recently with the Alfa-Romeo Giulia, but nothing of the magnitude of the good old days.

Now you can own this beautiful Lancia Delta HF art, carefully created by Marc Carreras and carefully issued by Simply Petrol.