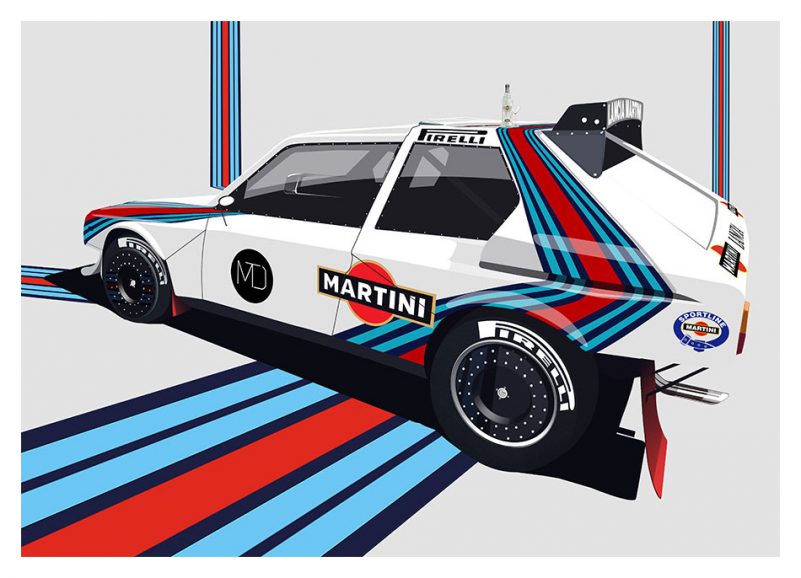 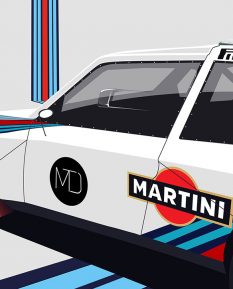 Imagine a racing car that is just too quick for anyone to handle. This car is the Lancia Delta S4.

Lancia has been very successful in motorsport over the years, mostly in rallying. Lancia wins three world titles in the '70s with the bizarre purpose-built Stratos. By this time the company's team has already progressed with the development of its successor, the 037. Unfortunately, the joy of winning doesn't last long as everyone expects the next champion to drive an all-wheel-drive car. Welcome to the most ludicrous era of Group B cars where Audi Quattro is the clear favourite. Its most brutal competitor comes from Lancia.

The Lancia S4 is a pure racing monster designed to withstand 1000 horsepower. Everyone knows it is impossible to achieve such power even with a four-wheel-drive. According to homologation specification, the 1.8 litre 4-cylinder engine develops only 450 hp.

The Lancia Delta S4 is the first Group B car to eliminate the turbo lag practically. It uses a sequentially spooling Abarth Volumex R18 supercharger (working up to 4500 rpm) and a KKK K27 turbocharger (working above 4500 rpm). Such a setup is capable of handling more than 550 hp, even though testing at 5 bars of boost (2,2 in race trim) shows figures close to 1000 hp. This results in acceleration from 0 to 60 mph in 2.5 seconds.

On top of this, Lancia Delta S4 is among the first rally racing vehicles to utilise a wind tunnel and computer assistance.

Lancia Delta S4 debutes in 1985 the RAC Rally in Great Britain. Despite its instant success at its very first race, this Italian beast requires a full rebuild after the competition.

It seems that high temperatures released by the engine and the transmission melt some of the floorboard and the throttle can stick to the floor. Not what you want to happen with your vehicle while driving.

In 1986 Lancia Delta S4 scores victories in Monte Carlo, Argentina, and Greece. In the same year, Henri Toivonen is on his way to win the 1986 championship. Sadly a fatal crash at the Tour de Corse not only puts an end to the entire existence of Group B cars but also takes his life.

An investigation conducted, later on, reveals that Group B racers like the Delta S4 are too fast, even for the best racers in the world.

This beautiful Lancia Delta S4 art poster is created by the gifted artist Marco de Toma and printed by Simply Petrol. Choose your preferred paper and size below, and we will deliver your print anywhere.