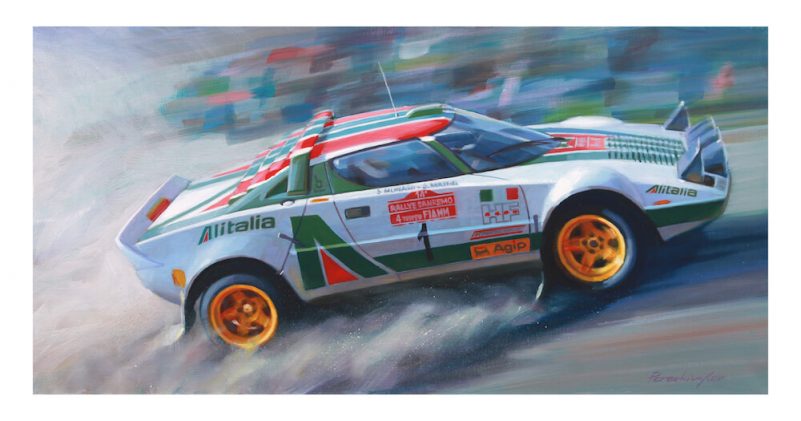 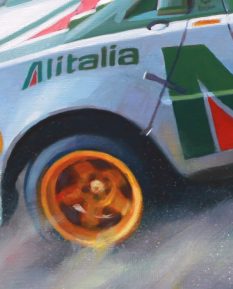 Lancia Stratos HF has one of the most touching automotive stories. It all begins with Bertone’s ambition to work with Lancia. At that time the Italian car manufacturer which is well-known for its fast and luxurious vehicles outsources the design work to Pininfarina.

By the time Lancia Fulvia is out of fashion, Bertone is already on the mission to create a stunning mid-engine sports car prototype. For that purpose, he uses the running gear of Fulvia that he borrows from a friend of his. The name of the concept is Stratos Zero. When he shows up at the Lancia factory gates, he is received with great applause from Lancia workers.

Shortly after that Lancia and Bertone start cooperating. The production version of the Stratos has very little in common with the original concept beyond its mid-engine layout. The final design is by Marcello Gandini, who can already brag with superb wedge designs like Lamborghini Miura and Lamborghini Countach.

The car makes its first appearance at the Turin motor show in 1971. The new Stratos HF is at Bertone’s stand. Created in collaboration with Lancia sports division, it comes with a Ferrari centrally mounted engine. The official press release states that the final version will be with a different engine.

The Stratos has a 2.4L Ferrari V6 both in its Stradale and Corsa versions. Early racing cars often have a loose rear-end with lesser traction because they lack a rear spoiler. Therefore, in 1975 a rear spoiler is introduced along with the start of the Iconic Alitalia sponsorship. The Lancia Stratos HF wins 18 WRC victories and three world championships.

The Stratos remains one of the most recognisable rally cars of all time with an avant-garde and modern style. The car confronts its competitors with highest level of success while it still adheres to the technical regulations of its time and its spirit.

Now you can own this beautiful Lancia Stratos rally car artwork by Petr Pereshivailov. Order your art print now at Simply Petrol marketplace.