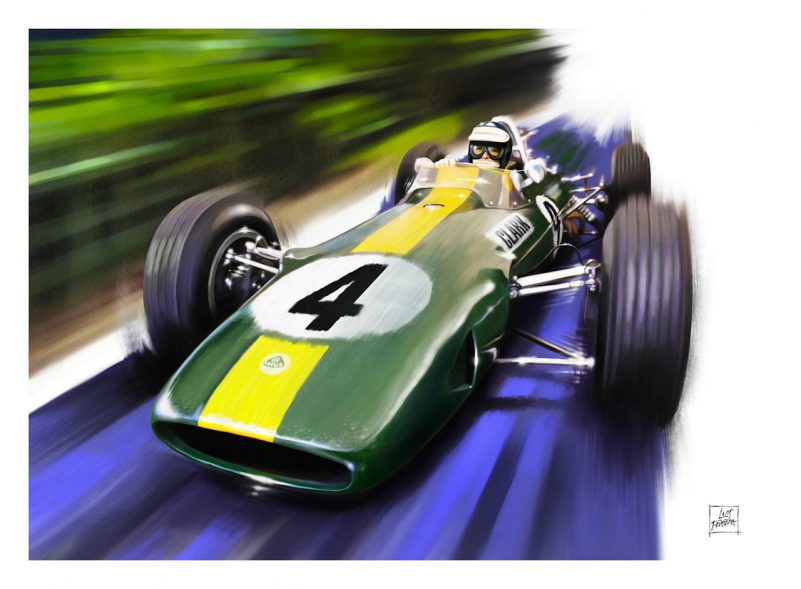 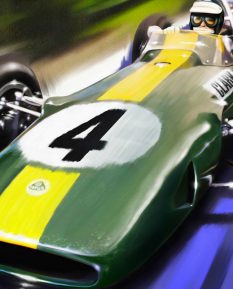 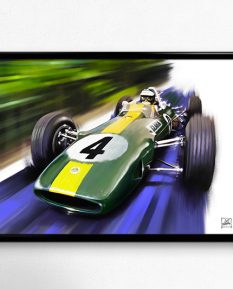 ”Simplify, then add lightness” is among the best quotes in motorsports ever. Created by the genius of Colin Chapman who made it core philosophy for his Lotus road and racing cars. Lotus 33 Climax was among the finest of them all. It was fast, beautiful and modern. Good enough to let Jim Clark become F1 champion for second time in 1965.

Introduced in F1 for the `64 season, Lotus 33 with Climax engine needed an entire year to tune the car to a championship capable racer. Jim Clark won the first event of `65 season, the South African GP and added 4 more wins before the season ended in which he became champion.

Now you can own this beautiful British racing green Lotus 33 with Jim Clark behind the wheel as vibrant art print, created by Luis Ferrara.