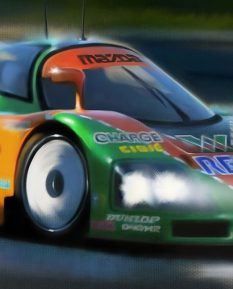 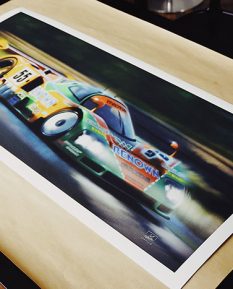 We all love underdog stories and this one come in bright orange and green. Mazda 787B was the last car with rotary engine that took part in the World Championships and also the first which won the battle for the 24th hours of Le Mans. In 1991, Johnny Herbert, Volker Weidler and Bertrand Gachot were the first and last (up to date) winnners of the legendary endurance competition, achieved by Japanese brand.

Nobody expected the rotary Mazda victory at 24th hours of Le Mans because the car was actually slower than its competitors. But it was lighter, more fuel efficient and reliable. That’s why the team manager ordered pilots to push the car as they are in short race. Because of this strategy, the #55 numbered Mazda 787B took the second place. This was the crucial moment when the Mazda team members realized they had their chance. The fate acted nicely for Johnny Herbert and his car when the leading Mercedes-Benz C11 was left behind by the rotary beast. At the last pit stop, Herbert asked to stay in the car in order to cross the finish line first which is exactly what he did.

Now you can memorize this epic win by buying beautiful art print of the glorious Mazda 787B, created by Luis Ferrera.