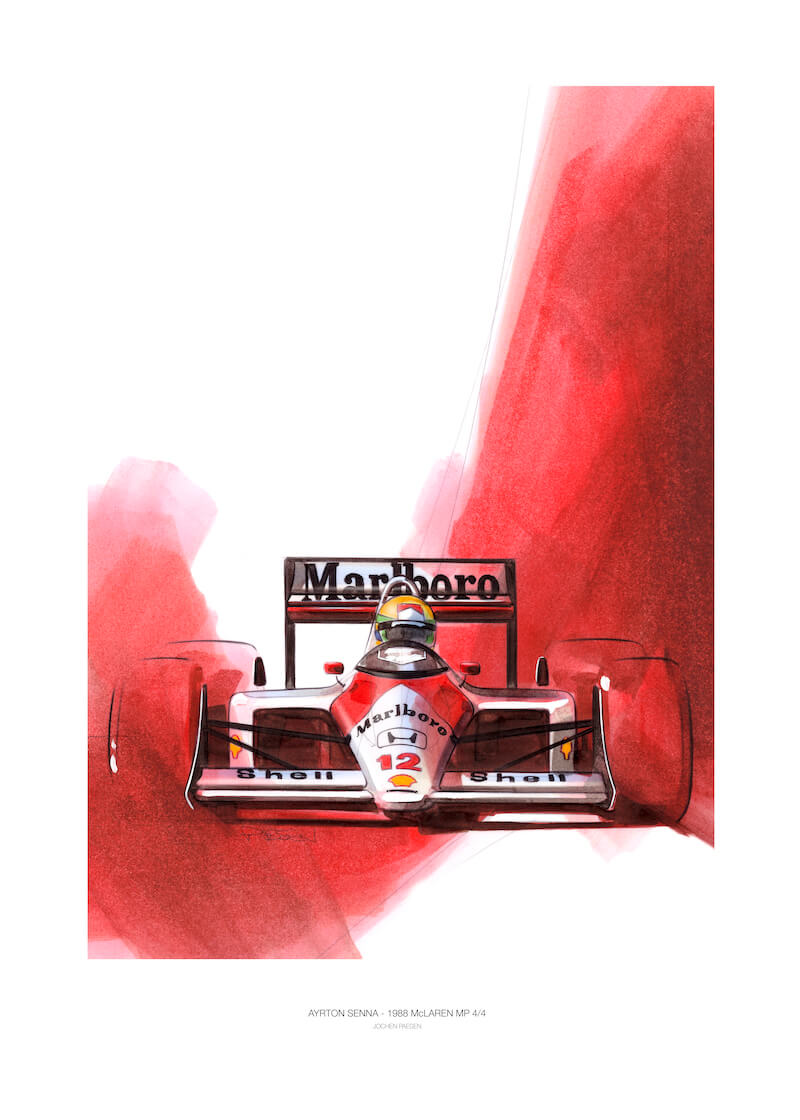 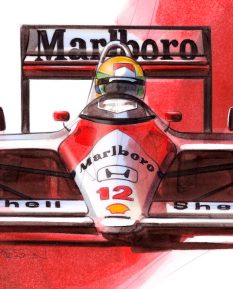 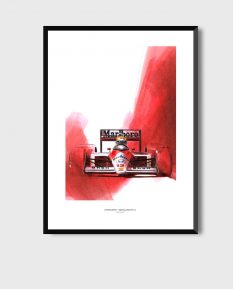 Let us present you the most successful F1 car ever built. It was so good that it took the trophies in 15 out of 16 races in 1988 F1 season. McLaren finished the championship with 199 points or 3 times more than the second best – Scuderia Ferrari. We are more than happy to share with you the technical dominance of this particular F1 racing car as McLaren MP4/4 art, created by Jochen Paesen.

This McLaren MP4/4 art is a tribute to the most successful F1 racing car. Ever

When Alain Prost did its first lap with the then new McLaren MP4/4, he said this car is going to win the World Championship. The French champion does not suppose how good such prediction will appear to be.

Gordon Murray, the constructor of the car, took its low line chassis concept, pioneered in 1986 when he was working for Brabham. The main idea was to create a vehicle as low as possible. This way they reduced frontal area allowing more air to pass over the rear wing, which increased the downforce. Such solution made the car faster on the straight lines while cornering is unaffected. Pure engineering brilliance, which complemented with the final evolution of the Honda V6, the best F1 engine back in the day, notable with its low centre of gravity thus perfect for the low line chassis layout.

Ayrton Senna also made its debut for McLaren in season 1988 to start one of the most notable rivalries in F1 history. His battles with Alain Prost will remain legendary whatever happens in F1. In McLaren MP4/4 he will win 7 of the competitions during `88 season, while Prost will be victorious six times.

Today, we are more than happy to share with you this stunning McLaren MP4/4 art with Ayrton Senna behind the steering wheel, beautifully created by Jochen Paesen and carefully issued by Simply Petrol.