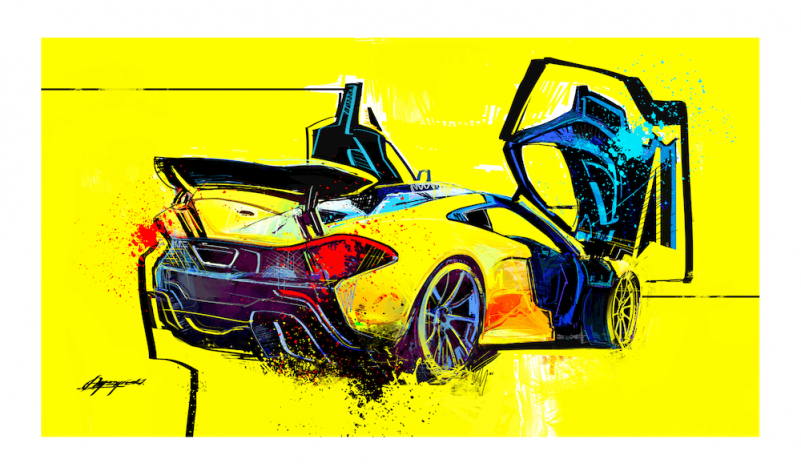 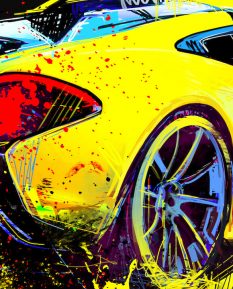 McLaren P1 is inspired by F1 – a car that kept the record for the fastest road going car some time ago. The F1 is also famous for the fact that it got gold plated engine heat shield, had 3 seats and it won Le Mans in its very first attempt.

McLaren P1 is another story. No gold, just two seats and hybrid power, just like boring Prius. But don’t get us wrong, it is a mid-engine GT car with combined power of 903 hp. It is way faster than a Carrera GT with a turbo. And it feels faster than Veyron, owner says. But P1 is way more than this.

This car comes from the future. With active aerodynamic and electric motors combined to a gas engine, it is a piece of greatness. The P1 is not a supercar. It is a hypercar utilizing Formula 1 technology with electrification. And it made better times at Silverstone circuit than its rivals Ferrari LaFerrari and Porsche 918.

So, how not to praise this epic vehicle as a beautiful poster art print, created by Łukasz Myszynski. How?