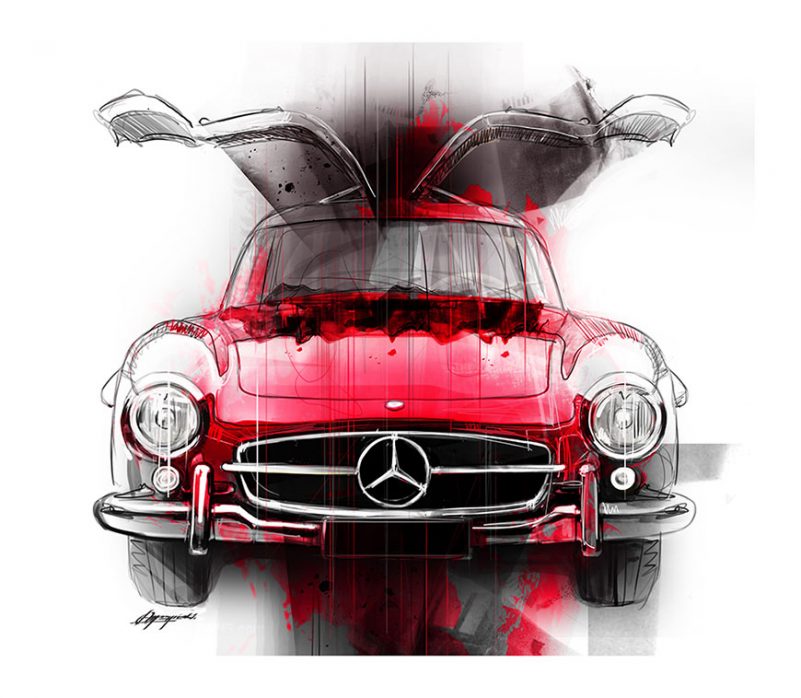 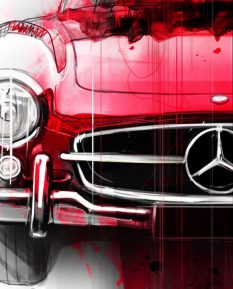 The three-pointed star car manufacturer is the creator of some of the most notable vehicles in automotive history. The 300SL W198, famous also as the "vehicle with the wings" or the Gullwing, receives the title "sports car of the century" in 1999. The 300SL is believed to be one of the technological marvels of post-war Germany.

300SL W198 is the fastest car of its time with a top speed of 259 km/h. Only the quickest modern everyday vehicles are capable of such speed. Because of its swing-axle rear suspension and drum brakes, the Gullwing is tricky to drive.

It is their US importer that convinces Mercedes to derive a road car out of the W194 racecar. Some consider it to be the world's first-ever supercar. We would not argue if that is the Gullwing or Lamborghini Miura, but they both have what it takes. The car has the exclusivity, high-speed capability and price tag to be the statement of the rich and famous.

This Mercedes is a car that has some of the most prominent pilots behind its wheel. Just a few of them are Sir Stirling Moss, Juan Manuel Fangio, John Fitch and Paul O'Shea. An interesting fact is that Sir Moss holds the "forever" course record for his famous Mille Miglia finish in 1955. He becomes the first and only British to win the Mille Miglia by an incredible margin.

Apart from its technical novelties, unusual doors, and spectacular competition performance, the Gullwing stands out with its sheer elegance as well. This is where the inspiration for artist Łukasz Myszynski comes from. You can order now your Mercedes 300SL W198 at Simply Petrol marketplace - paper and size are upon your liking.