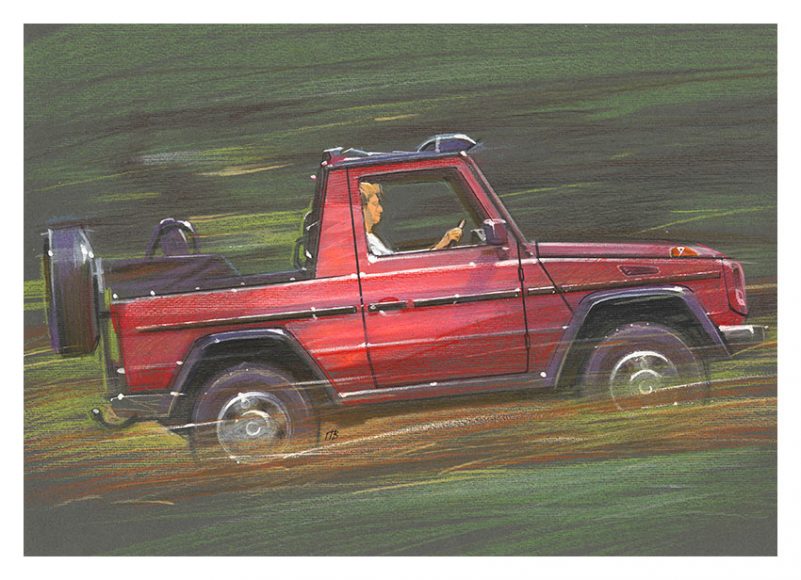 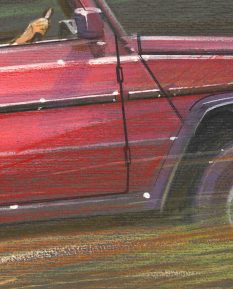 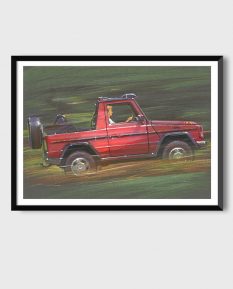 Half of our two-man team is Mercedes fanatic and the love for the rugged off-roader is real. We feel the same about this piece of Mercedes-Benz G-Class art by Petr Pereshivaylov.

There are just a few cars we praise for their long production span, and the original G-Class is one of them. Throughout the years it wins the hearts and souls of military troops and company executives, hunters, off-roaders and construction professionals. How is it possible for a car to be so widely popular? To tell you the truth, we don't know either.

Many believe that the key to the long-lasting success of the famous G class is the car's continuous improvement that lasts four decades. Mercedes start working on making the car better just after its first launch in 1979.

The development of the G-Class takes seven years. It is tested in the Sahara desert, the Arctic circle and of course in German forests. In 2004 Siberian filmmaker documents his trip to the world's coldest region with a slightly upgraded G Class. A passenger vehicle has never done this before.

The G-Class remains the only car with a factory engine range spanning from anaemic diesel capable of 75 hp to enormous V8 or even V12 petrol engine. The latter accelerates to 100 km/h in 5 seconds. Beat that Wranglers & Defenders!

The design of the G-Class is a pure example of evolution over revolution. It is intended to sustain extreme off-road conditions and keep up with excessive everyday use. Still, it has to be capable of transporting four adults on the Landstrasse or to the city centre. The G-Class continues to serve these purposes with great ease even 40 years later. Of course, it becomes an ultra-expensive style icon, sometimes even in the form of nearly 600 bhp monster that we call G65 AMG.

This Mercedes-Benz G-Class art by Petr Pereshivaylov features the convertible version. Its attractiveness comes from combining enormous off-road capabilities, a first-class luxury and open-top freedom. It's no wonder that the Vatican orders a tailor-made G-Class for John Paul II to be his official popemobile. Unfortunately, today this convertible version is out of production because of low demand.

The Mercedes-Benz G-Class art print by Petr Pereshivaylov will surely make your space more adventurous and way classier. Do not miss your chance to own this G-Class art tribute and order it now at Simply Petrol marketplace.