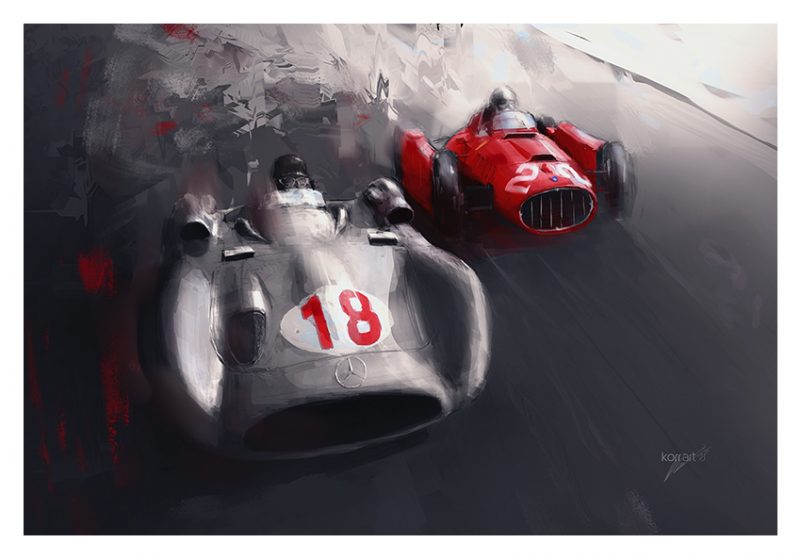 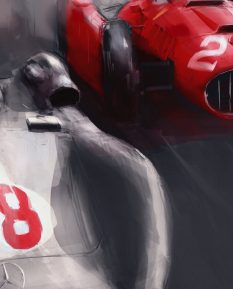 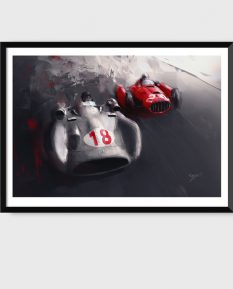 A new star is born

When Vincenzo Lancia passes away on the eve of WWII, his son Gianni takes over the family business. Unlike his father, Gianni is very much into racing. He wants Lancia to have a racing car in Grand Prix competitions and he hires the famous Italian engineer and designer Vittorio Jano.

The result is Lancia D50 which is innovative in so many ways. Some experts say it is more advanced than its competitor Mercedes-Benz W196. The two fuel tanks between the wheels help for aerodynamics and weight distribution. Also, D50 is the first F1 car that utilizes the engine as a structural chassis element. Lancia quickly gets its first pole position and fastest lap in the very first competition it enters. Unfortunately, the car doesn’t finish due to clutch issues.

Last but not least, Lancia D50 is raced by Alberto Ascari who manages to take the best out of the car. Regrettably, Ascari dies in a racing accident with Ferrari at the 1000 km Monza endurance competition. Scuderia Lancia loses its brightest star. Forced by financial troubles, Gianni Lancia sells Scuderia Lancia to Enzo Ferrari. Il Commendatore is at that time in desperate need of a competitive machine. The car is raced under the name Lancia-Ferrari for the rest of the 1955 season.

A year earlier, Mercedes-Benz enters again the F1 competitions with the W196 racer. Its power comes from a straight-8 cylinder engine, heavily influenced by the motorization of the Messerschmitt 109 fighter. The fuel by Esso is RD1 and contains 45% benzol, 25% methyl alcohol, 25% high octane petrol, 3% acetone and 2% nitro-benzine. It is the first F1 car with this fuel mixture. At the time of its introduction at 1954 French GP, the 2,5-litre engine is capable of 257 hp., good enough for a 1-2 finish.

The Mercedes-Benz W196 is victorious in Germany, Swiss, and Italy GPs with Juan Manuel Fangio behind the steering wheel. The following season, W196 wins all competitions it enters except one. This glorious sequence continues up until the disastrous Le Mans crash in 1955, which forces Mercedes-Benz to withdraw from racing.

This car art by Artem and Igor combines in one the stories of two amazing racing cars. Experience their triumphant racing moments at first hand and order your poster now at Simply Petrol.