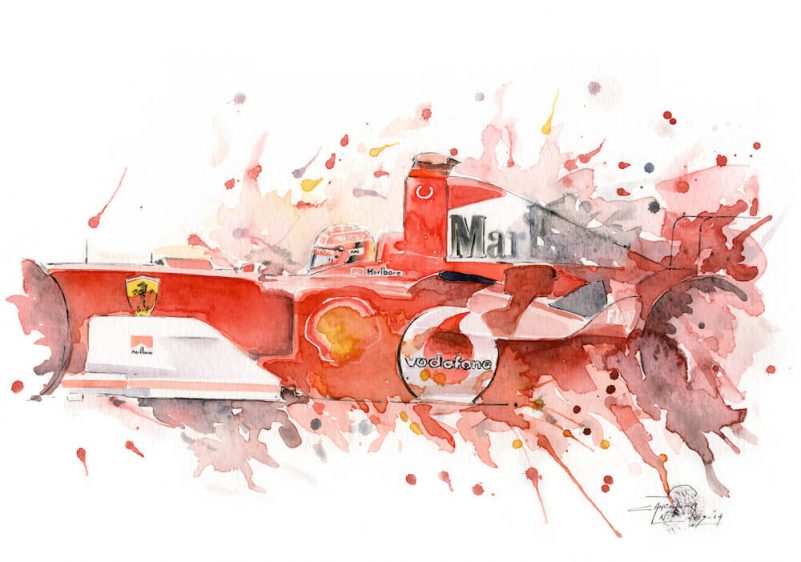 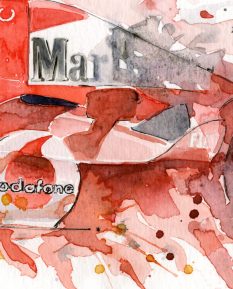 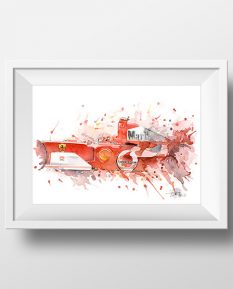 This art print shows Michael Schumacher in his Ferrari F1 racing car in season 2004. The F2004 was extremely successful vehicle that bring to Scuderia Ferrari both the drivers` and constructors` championship titles. This is the last of the Michael Schumaher glory years since in 2004th he won his 7th and last championship title in Formula 1. You probably don’t know that the F2004 still holds the fastest laps records at Melbourne, Bahrain, Monaco, Nurburgring, Montreal, Magny-Cours, Hungaroring, Monza and Shanghai.

Simply Petrol is giving you this beautiful poster print created by Nicolas Cancelier as a tribute to the Michael Schumacher exceptional, although contradictory career as one of the greatest F1 racing drivers ever, represented in his very glory days.