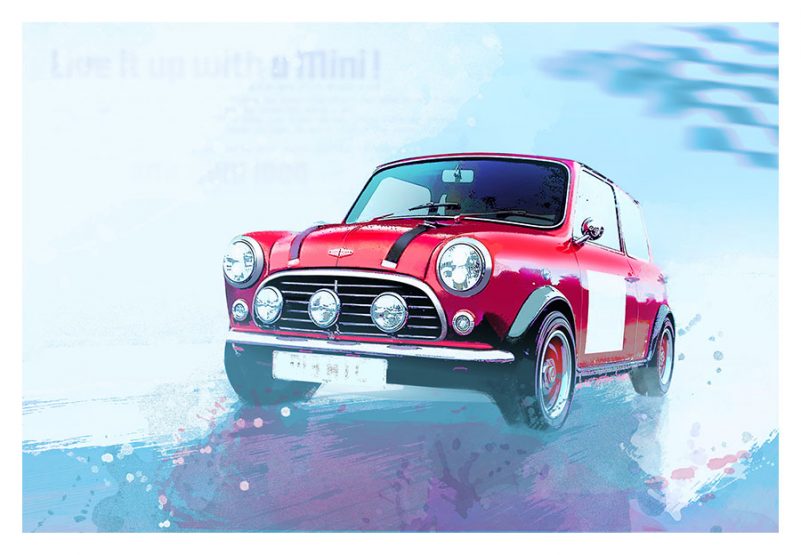 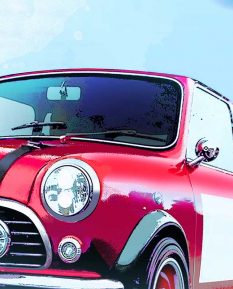 Art Prints  by Michal Wojtaszek
Starting from $ 20. Continue to Sizes

MINI fans from all over the world know very well who John Cooper is. He has a successful track record with BMC, the MINI manufacturer. John is among the pioneers in F1 and also introduces the rear engine racing cars. He manages to onboard legendary pilots like Jack Brabham, Stirling Moss and Bruce McLaren. John Cooper`s racing cars win sixteen Grand Prix medals in F1 and the championship place in 1959 and 1960. He is the genius behind the legendary MINI Cooper. This MINI Cooper S art by Michal Wojtaszek is a beautiful tribute to his work.

John Cooper is friends with Alec Issigonis, the designer of the original Mini that is already a classic. Cooper strongly believes in Mini's racing potential but Issigonis doesn't see the compact vehicle as a performance car. Well, John Cooper manages to convince the BMC management and the result is the beautiful collaboration between him and Issigonis that gives birth to the Mini Cooper in 1961. The engine power is increased from 34 to 55 hp and wins the British Saloon Car Championship the same year. And also in 1962, 1969, 1978 and 1979. Mini Cooper S performs quite well in rally conditions too and wins the British Rally Championship in 1962, 1963 and 1979, the European Rally Championship in 1965 and 1966, as well as the Finnish Rally Championship.

We don’t have enough space to list all racing victories that Mini has since its launch but would like to emphasize on three of them. These are the 1964, 1965 and 1967 wins in the Monte Carlo Rally, including 1-2-3 finish in 1966. This year the Minis are disqualified because of technical issues with the headlamp. As a result the BMC gets more even more press coverage because of the disqualification if they could get by just winning the rally. There is no such thing as bad publicity, they say.

Now you can have this vibrant Mini Cooper S art created by Michal Wojtaszek hanging in your place. Pick the perfect details of your print below and warm your motor soul.