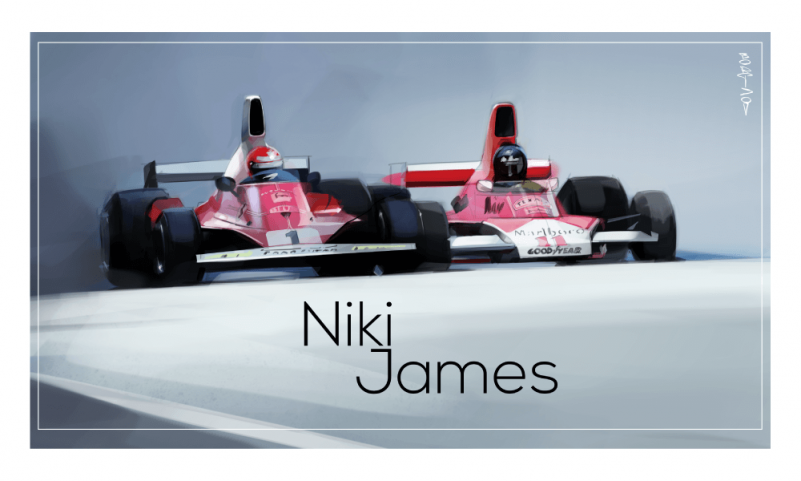 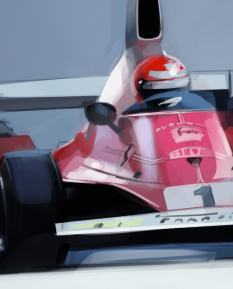 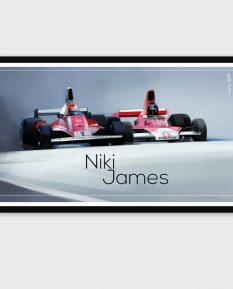 Niki Lauda vs. James Hunt is one of the greatest rivalries in F1. They are among the best in the history of F1 and the competition between them is a spectacular '70's madness. Artist Ivan Borisov depicts the dynamics and the exquisite automotive mastery of their battle in this Niki Lauda & James Hunt Rivalry art print.

Niki Lauda & James Hunt. The story of a great rivalry as automotive art

The story of Lauda and Hunt is fascinating. The two opponents are actually ex-flatmates and know each other well. Their motorsport approach is not just different, it is opposite. While Niki Lauda is precise, systematic and devoted to practising, James Hunt is a heavy-drinking playboy with a prominent number of intimate partners.

F1 season 1976 is the pinnacle of the Lauda-Hunt rivalry. They represent the excellent teams of Ferrari (Niki Lauda) and McLaren (James Hunt). First, it looks like Lauda will defend his `75's title with four wins (Brazil, South Africa, Belgium, and Monaco) and 58 points while Hunt gets just three first places (Spain, France and Great Britain) and lags behind with only 35 points.

The Nurburgring competition turns into hell for Niki Lauda. On the second lap, his car crashes and bursts into flames. Luckily, he escapes death but has bad injuries, suffering severe skin burns and intoxication. However, Lauda's impressive determination takes over and he returns to the contest with only two missed races. He finishes second, just a single point behind James Hunt.

That's how Lauda and Hunt exchange their F1 titles in seasons '76 and '77. Both of them are remembered as talented pilots whose fierce rivalry is depicted in Ron Howard's “Rush” movie.

You can order now your Niki Lauda vs. James Hunt art print by Ivan Borisov at Simply Petrol marketplace.