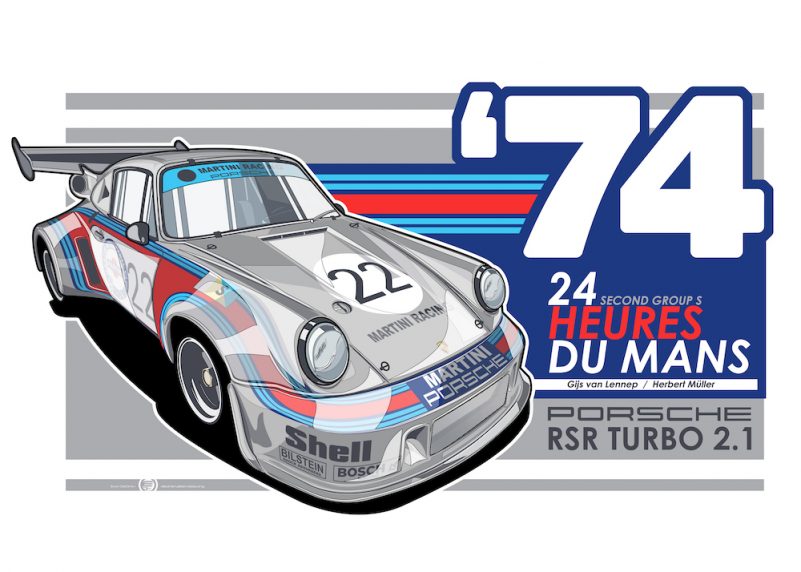 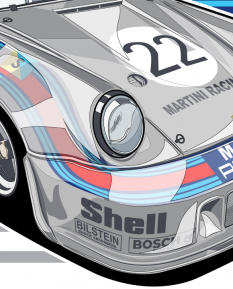 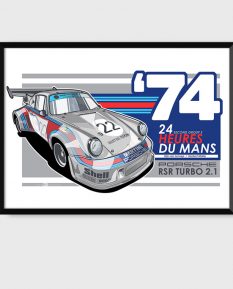 No combination can get any better than the one of Porsche 911, Le Mans and Martini Racing. On top, there is the magnificent story of a road-car derivative racer beating some badass prototypes in the most gruelling motorsports competition in the world.

Matra prototypes lead the competition until 10:00 AM when the transmission of their first car fails. While Porsche mechanics are fixing it, the factory-prepared Porsche 911 RSR Turbo 2.1 loses fifth gear. This causes 40 seconds slower lap times. Porsche's transmission is not so easy to work on because of the basic differences between road-derived and prototype cars.

Henri Pescarolo and Gerard Larrousse win the 24 Heures in 1974 with their V12 Matra-Simca MS670C. This is the third consecutive win for Matra but also its last.  The retirement announcement comes at the end of the season. The second place is for Gijs van Lennep and Herbert Muller and their 6-cylinder, turbocharged engine Porsche 911 RSR 2.1 that beats a few 12-cylinder prototypes.

Shortly after its significant achievement at 1974 Le Mans, Porsche presents their first mass production Turbo car – 911 Turbo (930). An entirely new realm of performance for the 911 begins.

Make the story of Porsche 911 RSR Turbo 2.1 and its impressive 1974 Le Mans success yours with this beautiful artwork by Evan DeCiren.