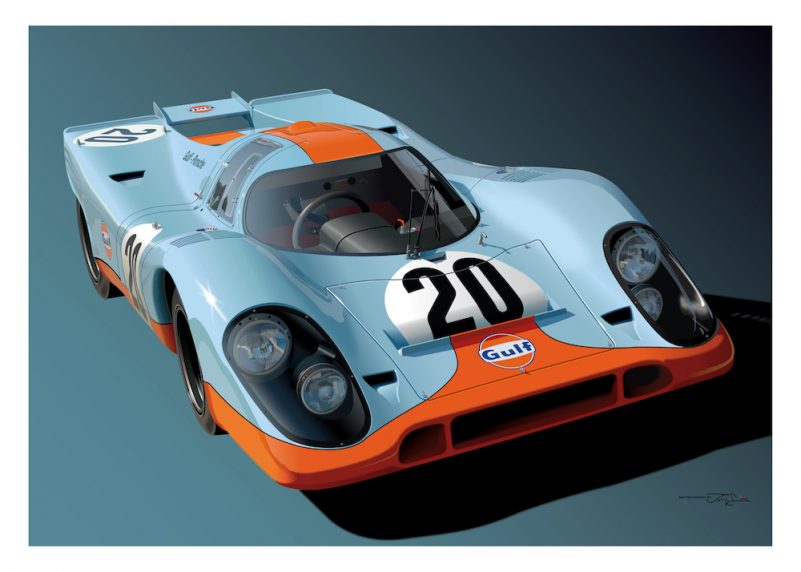 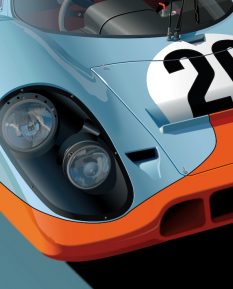 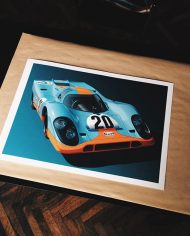 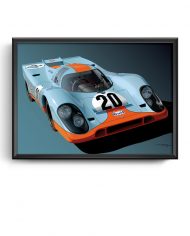 Porsche 917 wasn’t the most successful Porsche racing car. It wasn’t the most powerful, nor most beautiful. But it was the first one that won the race of all races – 24 Hours of Le Mans. And you know, the first is always remembered.

This particular Porsche 917K is one of the most iconic racing cars ever, mainly for its high speeds and extremal high power outputs and it was made into a movie star by Steve McQueen in his Le Mans movie. Orange and baby blue Gulf livery is adding some charisma on this spectacular car.

Now you can own it as a beautiful art created by Terry Smith and carefully issued by Simply Petrol.