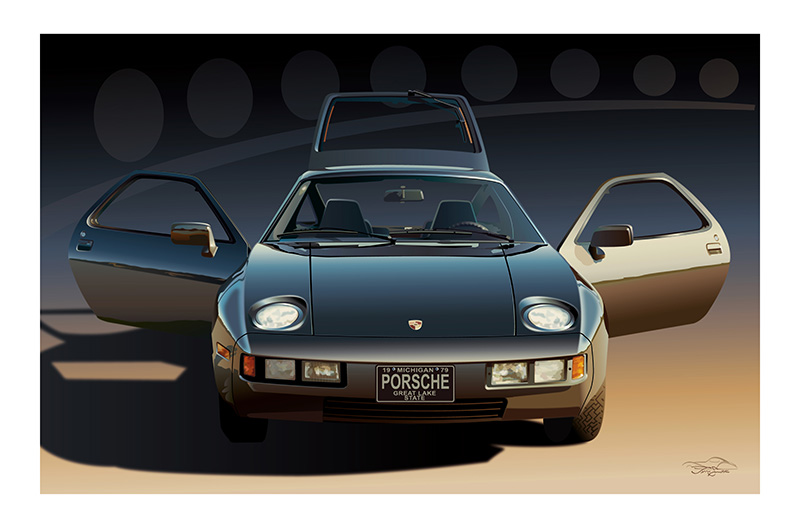 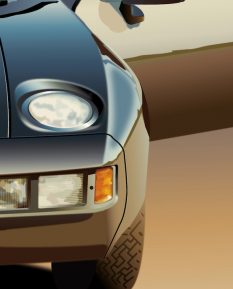 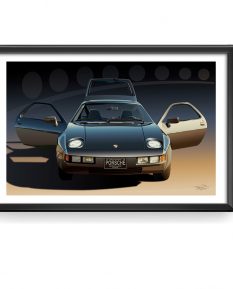 Porsche 928 isn’t exactly what Ferdinand Porsche dreams of. Its engine isn’t boxer, it isn't behind the rear wheels and is not even air-cooled. In fact, it is exactly the opposite. Porsche 928 is a heavy and luxurious GT cruiser that has beautiful lines and a pretty intriguing story.

Designing the European Car of the Year

Its design process takes almost ten years after which follow eighteen years in production. The initial goal of the new Porsche 928 is to act as a replacement of 911. The new car needs to get rid of its limitations in terms of interior space and specific handling. To achieve this effect, Porsche engineers consider all possible engine layouts - rear, mid and front.

The rear engine is not an option because it is too hard to stop the noise with so little space behind the rear wheels. On top of this, there is a still fresh scandal with the rear-engined Chevrolet Corvair. The car becomes the main character of the book Unsafe at Any Speed by Ralph Nader. The mid-engine layout option also drops out of the engineering plans because it has equal interior space limitations. This is how Porsche creates its first-ever GT coupe.

Its signature shape is a project of Wolfgang Möbius under the supervision of Anatole Lapine, the man behind the art of Porsche 917 hippie livery. The engineers achieve the perfect weight distribution of 50/50 front to rear and the engine is SOHC V8 with 240 hp (219 in North America). It is a bit weak but the oil crisis has already started and engineers are forced to make a compromise between fuel consumption and power. Porsche`s efforts are awarded in 1978 when the 928 wins the title European Car of the Year. This is one of the very few occasions when a sports car receives this honour.

Now you can hang this beautiful Porsche 928 art print by Terry Smith at your place. Order it now Simply Petrol marketplace.