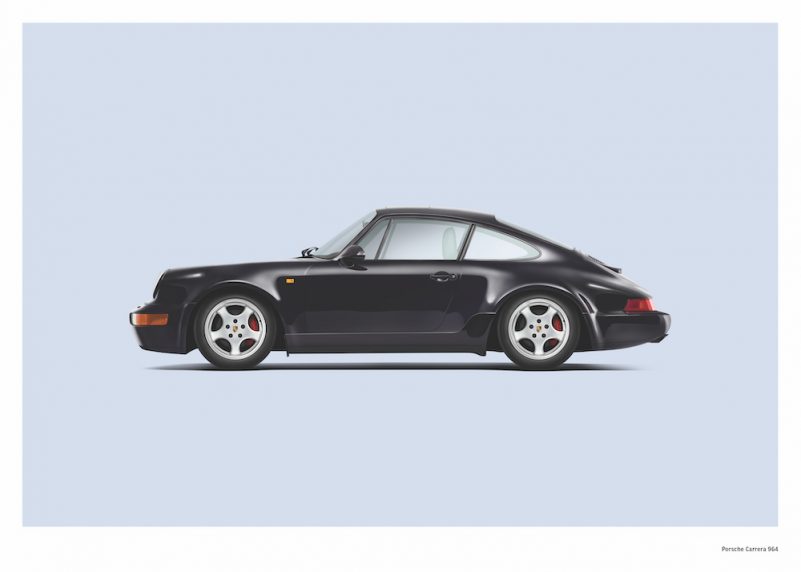 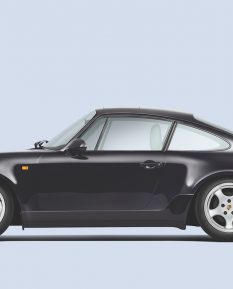 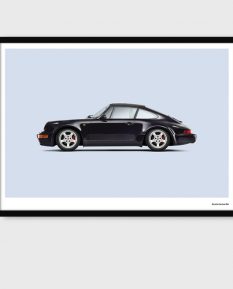 Art Prints  by Dziugas Valancauscas
Starting from $ 65. Continue to Sizes

Porsche 964 is the first contemporary 911 and the last one to pull off its classic look. It converts the iconic sports car from an old-school analogue coupe to a modern road and track weapon. That’s why we can`t resist sharing with you this sleek Porsche 964 art.

This is the last exterior project of the designer Benjamin Dimson before his transition to Mercedes-Benz. The designer of Philippine origin is also famous for the original shape of the 944 Turbo, 928 S4 and the iconic 959 but it is his outstanding work on Porsche 964 that makes the most significant impact.

The car makes its debut at the 1988 Paris Motor Show and in 1989 it is available for purchase. It is more than 70% different by the classic 911 but Porsche 964 keeps the specific engine location and its air-cooled technology. The M64 6-cylinder boxer engine has a displacement of 3.6 litres, good enough for 247 hp in its Carrera version. It relies on electronic fuel injection, twin spark ignition and cylinder heads and block made of aluminium. The very early examples of this engine are without head gaskets but this changes soon because of leaks.

Porsche 964 gets ahead of the classic 911 with its renewed suspension that relies on springs rather than on torsion bars. The car has power steering and ABS as standard. It also possesses more effective and updated heating and AC systems. 964 is the first 911 with Tiptronic gearbox and the first with an electronically controlled rear spoiler. It can speed up automatically above 80 km/h and fold back when the speed drops below 10 km/h.

This sleek Porsche 964 art by Dziugas Valankauskas is inspired by the significant technological evolution of the 911 body. Make this delicate art print yours now at Simply Petrol marketplace.