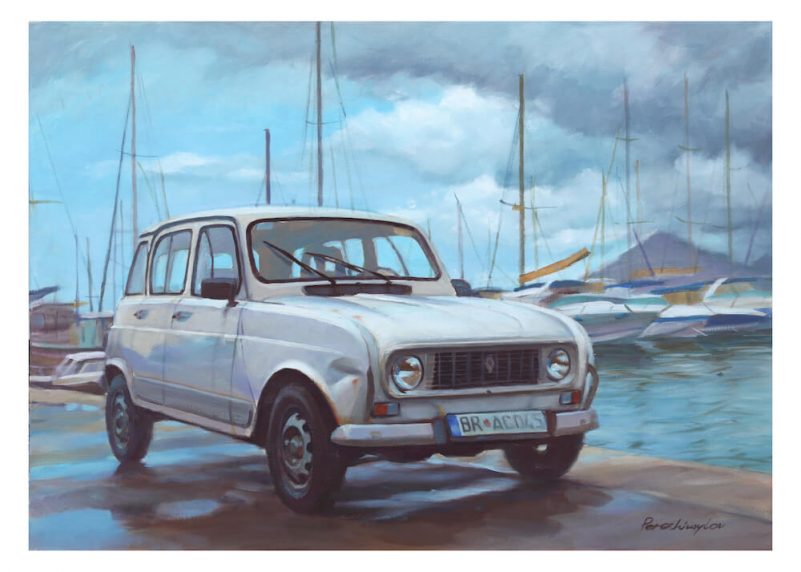 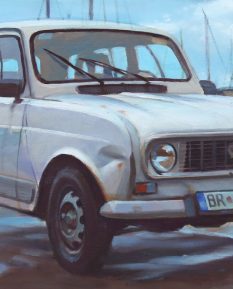 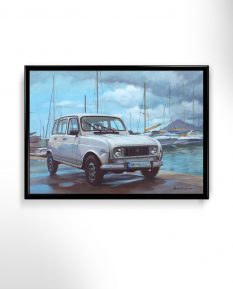 It can’t be more Mediterranean than this art print depicting bumped and rusty white Renault R4 at anonymous yacht port with fancy modern boats in the background. You can almost feel the “Life is wonderful and almost free” attitude you are going to get infected with if you spend some time right there.

Renault R4 was spectacular with its different wheelbase on the left and right sides. Because of the double torsion rear suspension the rear wheel were not mounted directly opposite to one another. Even though the car was introduced in 1961 as a compact estate it is now regarded as the first mass-production hatchback.

Renault 4 was a true world car, being built in Australia, Ireland, Portugal, Morocco, Spain, Slovenia, Italy, Colombia, Belgium, Algeria, Uruguay and France, of course. It was quite successful too with 1 mill. produced cars less than four and a half years after launch.

Now you can own this light-hearted white Renault 4 as a beautiful art print created by Petr Pereshivailov and produced by Simply Petrol.