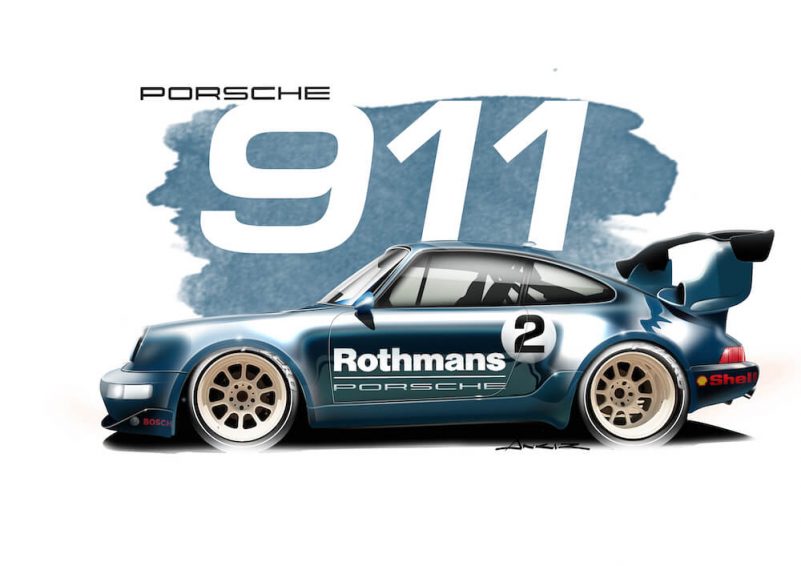 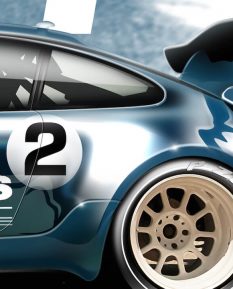 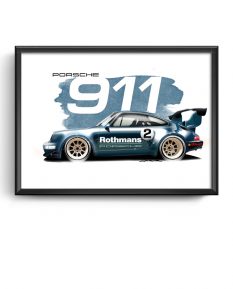 This Porsche 993 GT2 art in the iconic Rothmans livery is nothing less than a beautiful reminder of the great impact that 911 made in the automotive culture.

It reminds for the Porsche` motorsport success during the 80`s powered by Rothmans. You know, it involved some phenomenal racers like 911 SC RS, 953 and 956, some racing legends like Jacky Ickx and bunch of Le Mans titles, including 1-2-3 finish and a Paris-Dakar title. Those were glorious days for Porsche and the Rothmans livery became iconic, no doubt.

This particular art is dedicated to the last air-cooled Porsche in its most powerful version. It can’t be better than this, isn’t it? Porsche built almost 70000 993s during its 5-year production run between 1993 and 1998. Some consider this car as the pinnacle of 911 design, and its driving capabilities certainly helped its reputation.

Porsche 993 GT2 was the hardcore and race-focused version of the already fast 993 turbo. It was produced for homologation purpose in just 57 numbers. 50 left-hand drive and 7 right. These cars already skyrocket in classic car auctions with staggering bids north of $2 million. You`ll distinguish them through the bulging body kit complimented with a stunning spoiler in the back. Now you know where RWB Porsche tuner got his inspiration from.

We should not forget that 993 GT2 won its class in 24 Hours of Le Mans in 1997. Elf Habenrthur Racing car finished 9th overall and was best in class with Michel Neugarten/Jean-Claude Lagniez/Guy Martinolle behind the wheel.

Imagine sharing space with this 911 themed art? GT2 madness and Rothmans glory days in one. Bonus, the silhouette of the most praised sports car ever made. No doubt a brilliant mix of icons, doesn’t it?

Now you can make it yours in the form of a beautiful art print, created by Ankur Singh and carefully issued by Simply Petrol.