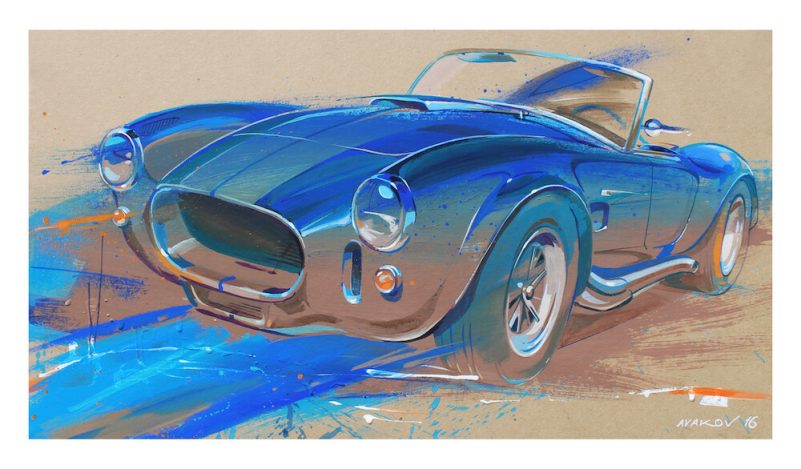 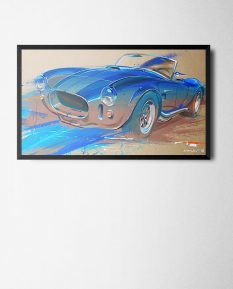 The story of Shelby AC Cobra starts with a letter by Carol Shelby to the British company AC. The American asks if they can manufacture a car suitable for the V8 engine. The answer is positive and the celebrated Shelby Cobra is born.

It isn’t the first time when British design is combined with American muscle power. What is different about this project is that it becomes a legend.

Initially, Carol Shelby asks Chevrolet for a V8 engine but they reject the commission because GM management doesn’t want to create competition for Corvette. Ford is the next company Shelby goes to and they seem open to the idea. Luckily, Ford has a brand new V8 engine capable of becoming a Corvette challenger. The Shelby AC Cobra receives a thin wall 4.2-litre V8 Ford engine tuned for high performance. The car turns out to be a racing success.

Shelby Cobra is the most loved, most feared and most copied American sportscar

Carol Shelby needs to retire from competitions - there are too many fatal incidents on the racing tracks. Also, the American also suffers from health issues. The project of creating his own car is the next step that comes naturally.

Shelby's ambition is to beat Enzo Ferrari – the dictatorial founder of the Scuderia for whom he drives during the '50s. Unfortunately, Shelby doesn’t succeed in the 24 Hours of Le Mans with the Cobra. He manages to dominate with Ford GT40 competing for his Shelby American racing team. The Snake and the Stallion is an interesting documentary by Richard Simons about Shelby and Ferrari's rivalry.

The life of the legendary Cobra sportscars has its ups and downs. During the '90s, The Los Angelis Times finds out that Carol Shelby takes advantage of a loophole in the vehicle registration procedures. The purpose is to sell brand new Cobra cars as classic builds from the '60s. Later Carol Shelby admits that it is not the AC in the UK that built the chassis but a small local engineering company hired for the job.

Artist Ilya Avakov finds inspiration in the life and works of the American automobile brute Shelby Cobra. If you are a fan as well, you can order now at Simply Petrol marketplace your Shelby AC Cobra art print.