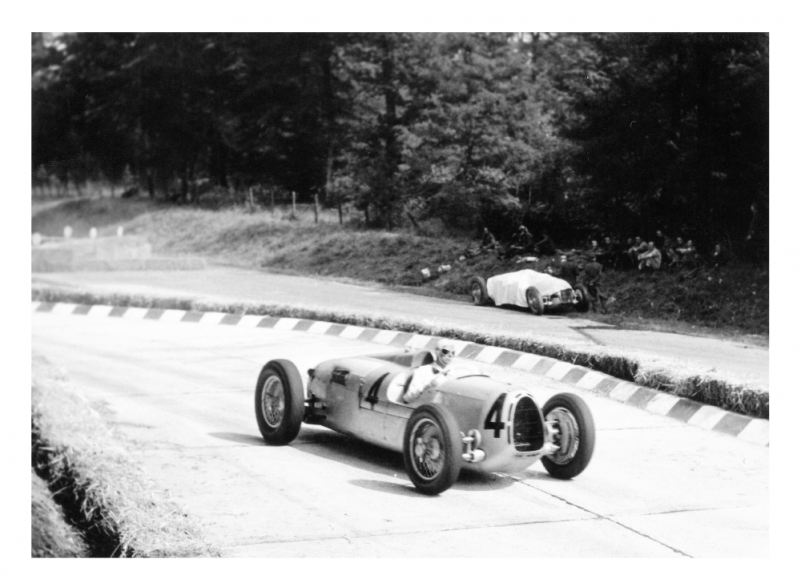 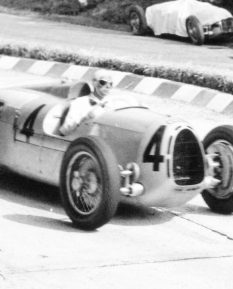 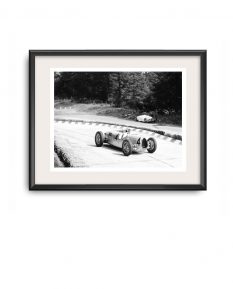 Photo Prints  by LAT Photography
Starting from $ 36. Continue to Sizes

Here is a historic racing car art with Bernd Rosemeyer and his Auto Union Type C winning Donington GP in 1937. It is an epic race that strengthens the German positions in GP series of the time. German drivers with German racing cars finish on 1st - 6th positions. Prince Bira of Siam is the best-ranked non-German with a non-German car. He manages to push his Maserati to seventh position, two laps behind the winner.

Bernd Rosemeyer is the star of the `37 Donington GP event. Hermann Lang with Mercedes leads the competition in the first few laps but he retires with a broken damper. Manfred von Brauchitsch, Rudolf Caracciola, and Rosemeyer swap the leading position a few times. Brauchitsch and Rosemeyer both record the fastest lap with equal time – 2:11,4. Unfortunately, Brauchitsch gets a flat tire so Rosemeyer takes advantage of this. He demonstrates perfect driving skills until the end of the race.

Rosemeyer is an iconic motorsports figure. When Auto Union picks him for a plot, he is a complete newbie. This decision pays back extremely well. It turns out that Bernd Rosemeyer along with his teammate Tazio Nuvolari are the only ones who handle well the car with a mid-engine layout and power output of 500 hp.

Rosemeyer marries the famous aviator Elly Beinhorn and learns to fly a private plane. Once he decides to use a section of Nurburgring as a landing strip before a testing session. So he just rolls his plane to the pits via the race track.

Heinrich Himmler is so impressed with Rosemeyer's victory at Nurburgring that he gives him a high Nazi rank. This is a high honour back in the day and not an invitation one can easily refuse. Rosemeyer accepts but does not wear the uniform. This disappoints the Nazis but does not seem to have any consequences for the disobedient pilot - he is a national here beyond sanction.

Thanks to our partnership with LAT Photography now you can own this lovely piece of racing history. Order it now at Simply Petrol marketplace.