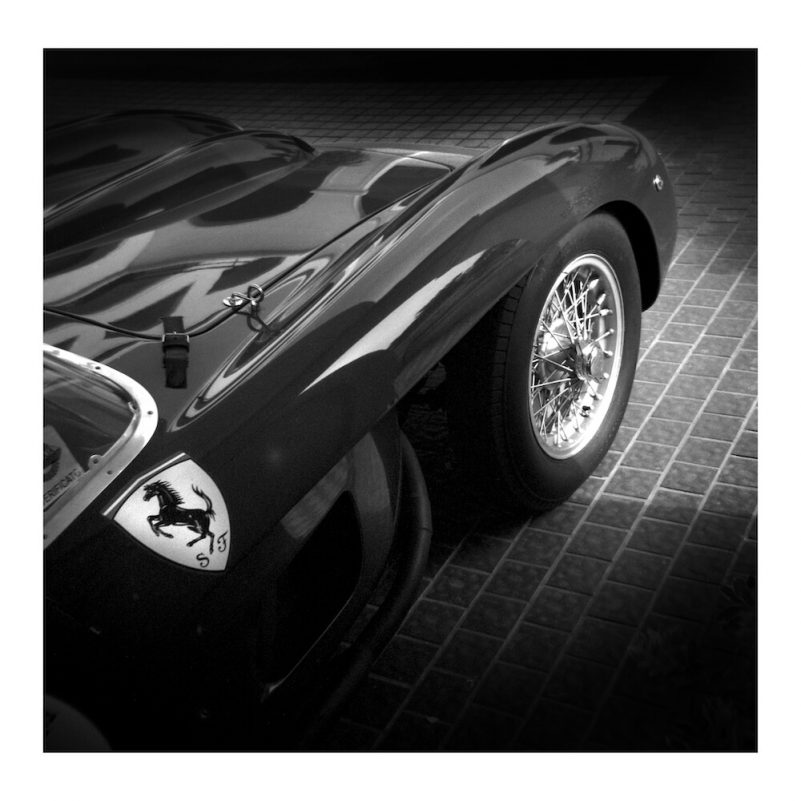 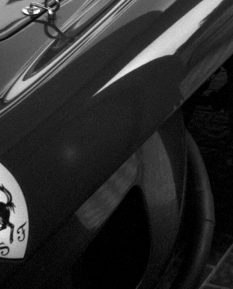 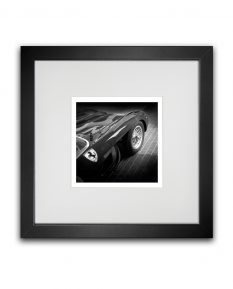 This is one of the most expensive classic Ferraris. Ferrari 250 TR gets the name Testa Rossa from its red camshaft covers and becomes famous for its unusual bodywork by Scaglietti.

Artist David Pisani depicts the front fender, visually separated from the central “nacelle” body of the Ferrari 250 Testa Rossa. This is an approach used by F1 race cars. Air ducts across the front drum brakes provide better cooling. The design is effective but also controversial. First, it makes the car unstable at high speeds and second, it is so unusual that Ferrari begins changing the look soon after the start of production with designs by Carozzeria Touring and Pininfarina.

Ralph Lauren classic car collection keeps chassis #14 out of the 34 250 TR cars in total. Scuderia Ferrari has just a couple, the rest are with private owners. Ferrari 250 Testa Rossa is an extremely successful racer with Le Mans victories in 1958, 1960 and 1961. It gets also many other titles, including Targa Florio, Sebring, Buenos Aires and Pescara.

Aston Martin DBR1 interrupts its winning march in 1959. There are only three racing cars that win both Le Mans and World Sportscar Championship in the same year – Ferrari 375 Plus, Ferrari 250 TR and the Aston Martin DBR1.

As the rest of the 250 Ferrari series, Testa Rossa relies on a 3-litre 12-cylinder engine with six Weber carburettors, capable of 300 hp. They are transferred to the rear axle via a four-speed manual transmission.

Artist David Pisani creates this photo art print with a period-correct camera. You can order it now at Simply Petrol marketplace.