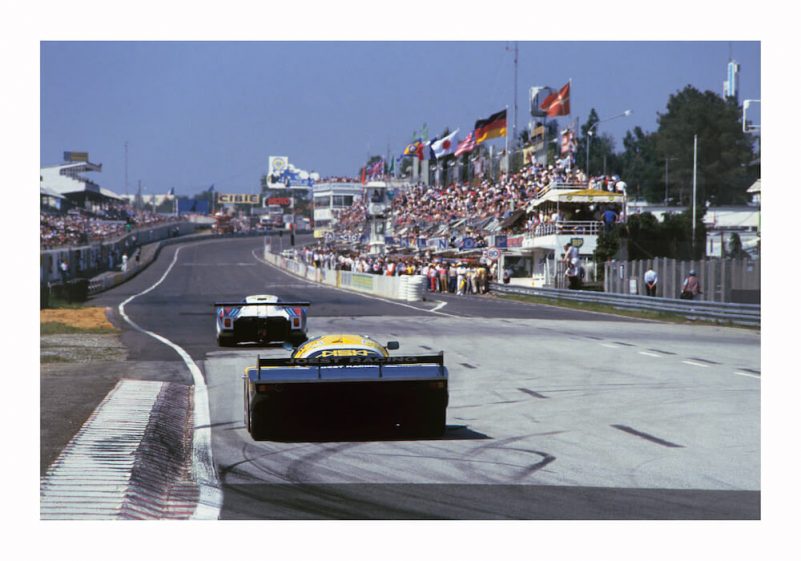 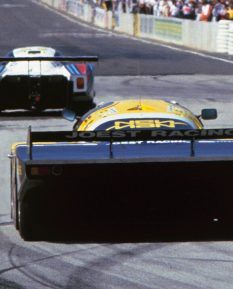 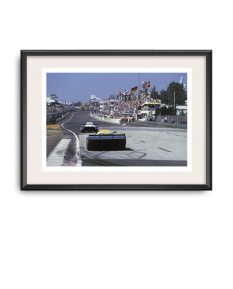 Photo Prints  by LAT Photography
Starting from $ 38. Continue to Sizes

It was pretty interesting competition since Rothmans Porsche team boycotted the event due to a disagreement between Porsche and the Le Mans organizers over the fuel regulations. This led to an absence of multiple victorious drivers as Jacky Ickx and Derek Bell.

Well, Reinhold Joest` privately entered Porsche 956B driven by Pescarolo and Ludwig. They won the competition in chassis 117. This historic photo art print shows their car leading the competition and chasing Martini Racing Lancia LC2 driven by Bob Wollek and Alessandro Nannini. The Ferrari-powered Lancia LC2 was extremely fast and recorded the fastest lap as well as the pole position. Due to transmission problems, the Italians manage it to the 8th place.

This image depicts the first Le Mans win for Joest Racing, currently Audi Sport Team Joest. Their second victorious run at Le Mans was a year after, in 1985. And guess what, they won with exactly the same car – chassis 117. This was the second time in the Le Mans racing history when a single racing car won the competition twice in a row.

Now you can own this lovely piece of racing history, thanks to our partnership with LAT Photography and carefully issued by Simply Petrol.