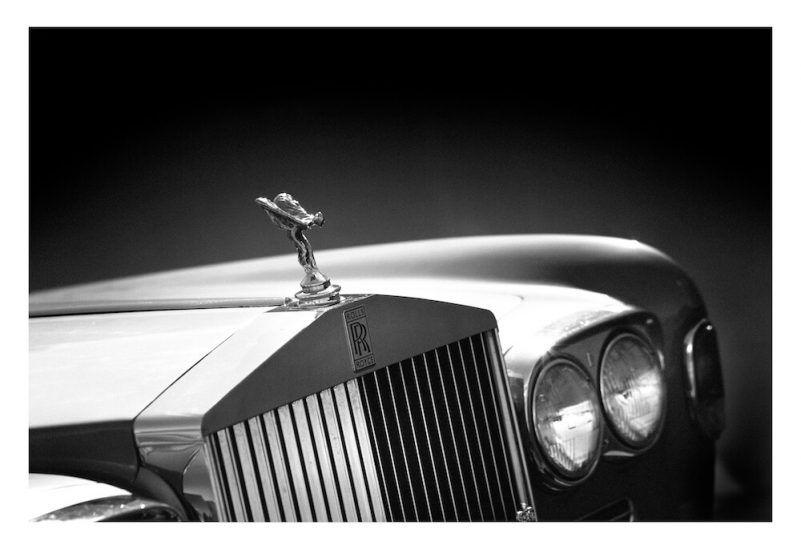 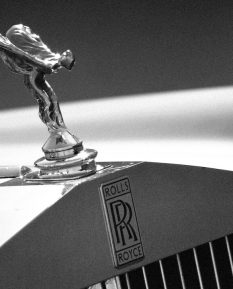 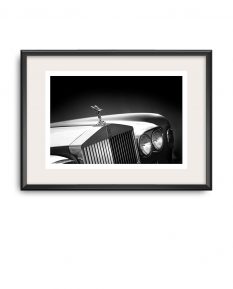 The Silver Shadow is probably the most famous Rolls Royce ever. For sure it has the largest production volume among all models of the Britsh manufacturer. This photo art print by David Pisani celebrates the luxurious vehicle and puts a focus on the Spirit of Ecstasy – a small figurine of a woman on top of the radiator grille.

A love affair that lives forever

The Rolls Royce mascot has a very intriguing story. The British sculptor Charles Sykes is the author of the Spirit of Ecstasy which depicts the mistress of the second Baron Montagu of Beaulieu. At the beginning of the 20th century, John Edward Scott-Montagu is the editor of The Car Illustrated magazine. He is properly married but falls head over heels in love with his secretary Eleanor Velasco Thornton.

When Baron Montagu decides he wants a mascot on his personal Rolls Royce Silver Ghost, he commissions his friend Charles Sykes. Of course, the choice for a model is Eleanor. Her figure in a fluttering robe with forefingers against her lips symbolizes a love affair kept in secret.

A few years later Syes gets a different commission. Claude Johnson, then managing director of Rolls Royce, wants him to create a brand-specific mascot. Too many clients attach inappropriate ornaments to their cars. Sykes creates a variation of the Baron Montagu's figurine, called the Spirit of Speed. He describes it as “a graceful little goddess, the Spirit of Ecstasy, who has selected road travel as her supreme delight and alighted on the prow of a Rolls-Royce motor car to revel in the freshness of the air and the musical sound of her fluttering draperies.”

Since 1911, almost every Rolls Royce has the Spirit of Speed on top of the neoclassical shaped radiator grille. The period-correct camera of David Pisani beautifully captures the graceful feel of the Rolls Royce Silver Shadow. You can own this #finecarart as a photo art print - order it now at Simply Petrol marketplace.