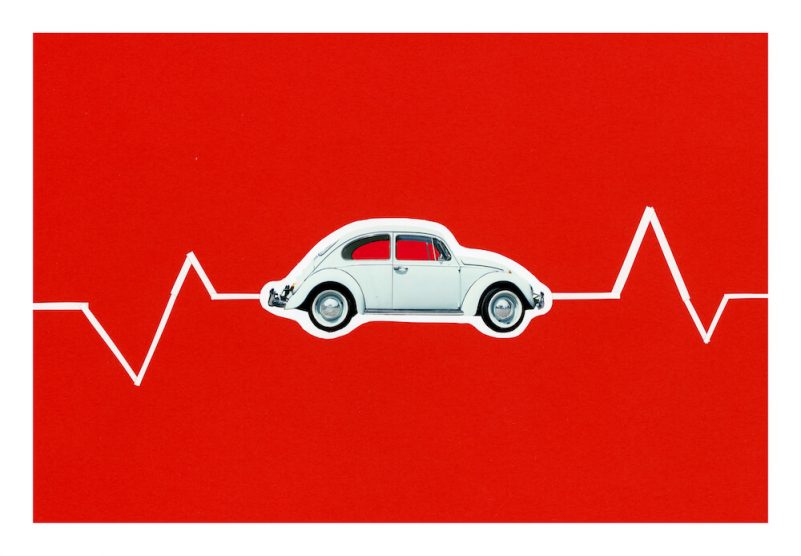 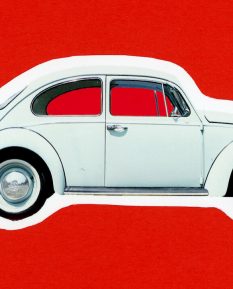 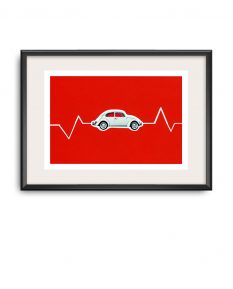 Photo Prints  by Alexander Nikolov
Starting from $ 45. Continue to Sizes

Car junkies never get enough of the Beetle. This car changes not just the entire industry but the way people live. Look at this pulsating Volkswagen Beetle photo print by Alexander Nikolov. It is the ultimate fine car art!

Volkswagen Beetle, popular also as the Bug, is defined by Adolf Hitler, inspired by Josef Ganz' work, and designed by Ferdinand Porsche.

Among all single platform cars this car has the longest production span. Also, it can brag with the biggest number of vehicles manufactured in total. The legendary Beetle is responsible for post-WWII civic motorization. Baby boomers turn it into a cultural icon by transforming the Hitler`s idea of a people`s car into a symbol of personal freedom. It is a pure paradox that Hitler`s war campaign is to some extent funded by German families. They don't get on time the Beetle that they have their savings deposited for.

As they say, VW Beetle is so ugly that it is beautiful. When WWII ends, head-honchos from the British automotive industry state that the strange-looking car from Germany is quite ugly, unattractive and noisy. But that is not the case with the millions of fans Beetle has all over the world. This car is cuteness overload and it provokes smiles and good mood wherever it goes. It also inspires the famous Herbie movie.

The Bug changes the way automotive brands advertise their vehicles. A huge part of the Beetle`s US success among hippies, surfers, and budget-conscious families is thanks to the “Think Small” campaign from 1959. Its print ads are definitely pieces of contemporary art.

Now you can own this VW Beetle photo art by Alexander Nikolov. Order it at Simply Petrol marketplace.