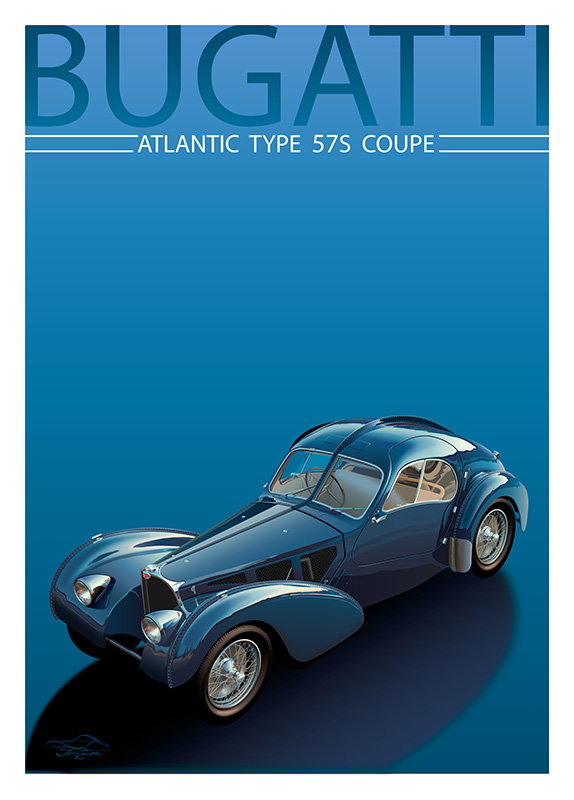 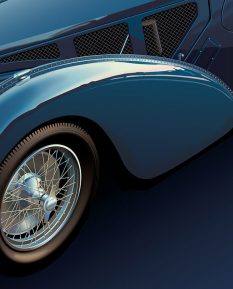 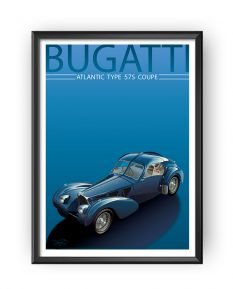 Poster Prints  by Terry Smith
Starting from $ 20. Continue to Sizes

Bugatti Type 57S Atlantic is among the most expensive cars and it is worth every penny. It is pure automotive art and the inspiration behind this Bugatti Type 57S  Atlantic art print by artist Terry Smith.

Bugatti manufactures only four examples of the car and three of them still exist. One is the centrepiece of the connoisseur automotive collection of Ralph Lauren. Two of them, including Lauren`s black Atlantic, win the prestigious Concourse de Elegance held annually at Pebble Beach, California.

Bugatti Type 57 is a glorious machine whose creator is Jean Bugatti. Jean is the son of Ettore Bugatti, the founder of the iconic French brand. The car relies on inline 8-cylinder engine and chassis with almost independent suspension. It is a fast and elegant vehicle that wins the 24 Hours of Le Mans twice. Unfortunately, Jean loses his life while testing the Type 57G racer.

The Atlantic coupes are the most acclaimed versions of this epic machine. Their bodies are an in-house project of Bugatti. Back in the day, top-level automotive manufacturers let coachbuilders do their best on top of a bare chassis. Bugatti Type 57S Atlantic is an evolution of the 1935 Aerolithe concept car. It uses lightweight magnesium alloy and duralumin for its bodywork to achieve lightness. The engineers choose external riveting to bring the body together and create the signature seam.

Old-school automotive illustrator and designer Terry Smith skillfully captures the spirit of Bugatti Type 57 Atlantic and turns it into a beautiful art print. Enjoy some past century automotive Art Deco with this Bugatti Type 57S art print and order it now at Simply Petrol marketplace.