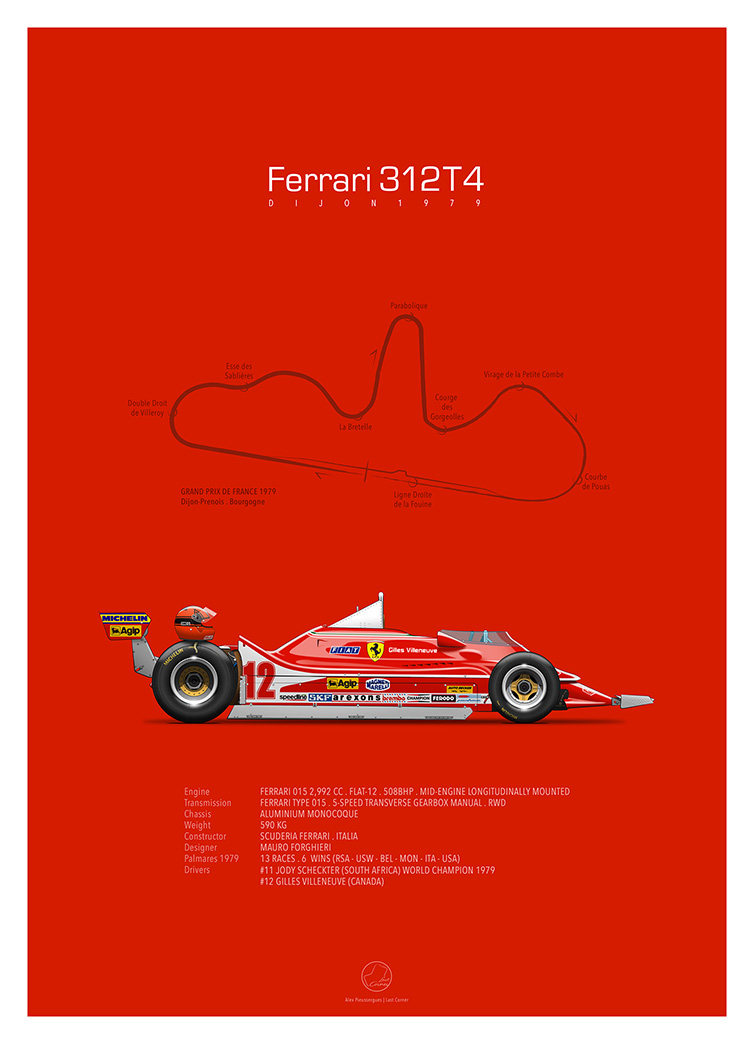 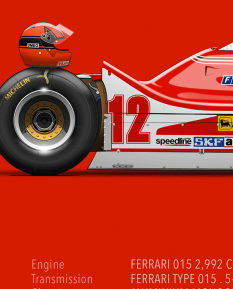 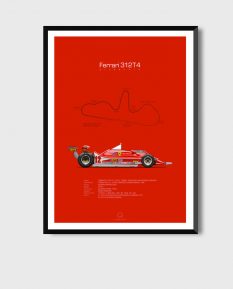 Let's talk about the masterpiece called Ferrari 312 T4. You may consider it an instant classic just because of the famous prancing horse on top and the red colour. Actually it is much more than that.

Unlike many of its predecessors, 312 T4 is a reliable car and its endurance characteristics help it win races. Everyone falls in love with it. The car sums up everything about Formula1 at the end of 1970’s.

312 T4 is an evolution of 312T which grows into six different versions over its lifespan. If you are a Formula1 fan or have seen the recent movie “Rush”, maybe you already know 312T is the car that wins Niki Lauda his first world championship title in 1975. Different versions of this car take part in 90 races overall, obtain a podium finish in 61 of them, win 27 and achieve 25 fastest lap records. 312 T4's driver's list is pretty exciting as well - Niki Lauda, Clay Regazzoni, Jody Scheckter, Gilles Villeneuve and Carlos Reutemann.

Now, back to the 312 T4 - the car which receives the opportunity to stand out from its siblings because its looks are radically redesigned. Even though it’s reliability is legendary in 1979, this is not enough. Other manufacturers work hard on innovation but, most importantly, aerodynamics in the car industry is evolving. Thanks to the reliability of the car, the revamped downforce and the outstanding talent of Jody Sheckter Ferrari wins the 1979 world championship title.