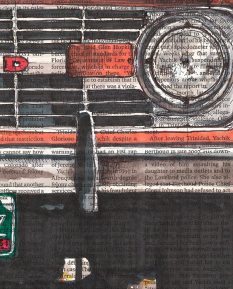 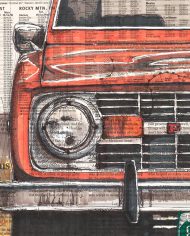 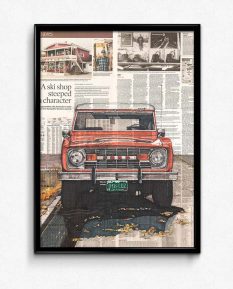 To draw a Ford Bronco on a newspaper is somehow reminding for OJ Simpson police chase. Well, we are going to leave the media context and will focus on the vehicle itself, particularly the first generation.

First-gen Ford Broncos remind us of the Baja 1000 in its early years. Back in the day, it was a true competition off-roader for no stellar budgets. Powered by the pure enthusiasm and with the love of desert speeding, Baja 1000 was a true racing challenge – almost 900 miles between Ensenada and La Paz in Baja, California. This is where the impeccable off-roading capabilities of Ford Bronco have shined and the car won 4 of the first 6 Baja 1000 competitions held between 1967 and 1972.

It was built like a compact off-roader, making it the very first Ford`s SUV. The Bronco project was created by Donald Frey, who also conceived Ford Mustang and similarly – Lee Iacocca pushed the idea trough production. Ford Bronco was way more original than Mustang because it was built on a dedicated platform. Its short wheelbase prevents it from becoming proper hauler but it helped to be really agile as off-road and work vehicle. Ordering Bronco back in the day meant that you had to face option list with an auxiliary gas tank, power take-off, snowplow, a winch or a posthole digger. You got that right – posthole digger.

The truth is that the first-gen Bronco was extremely good off-roader comparable with modern day machines. This vehicle has huge fan base in the USA and this is because it was designed for severe service. Many of them are still on and off-road. 66 to 77 Broncos already cost a small fortune but it’s hard to find some since many owners are not eager to part with them.

Now you can own your own Ford Bronco as fine car art poster print created by Adam Ambro and carefully issued by Simply Petrol.