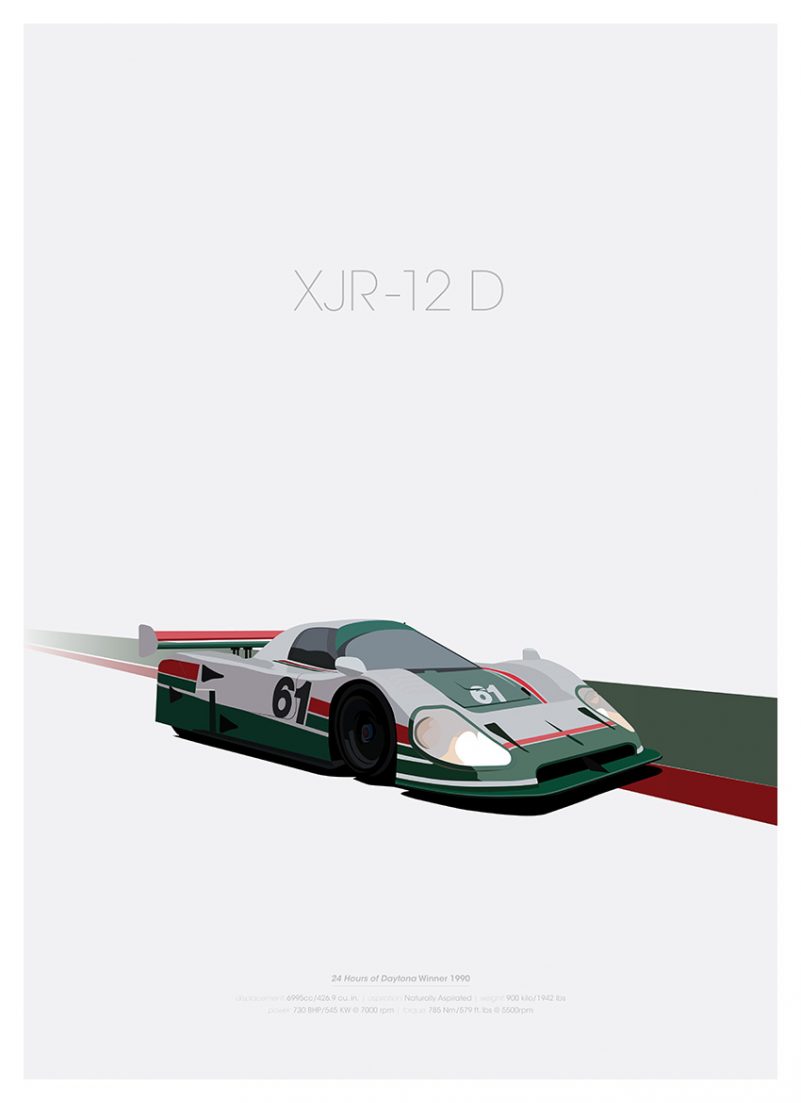 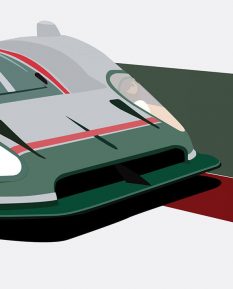 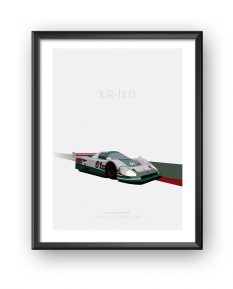 The XJR-12 is Tom Walkinshaw's last project in partnership with Jaguar. This racer is meant to replace the successful Jaguar XJR-9. Just like its predecessor, the new racing car is capable of racing both in Group C endurance prototypes and in IMSA series in the USA. This stylish Jaguar XJR-12 poster art tells the story of the car as seen by artist Pete Dials.

The Jaguar XJR-12 appears at the peak of the Group C era. A 7.0 naturally aspirated V12 engine capable of 730 horsepower lurks under its sleek body. It gets the Jaguar racer moving with up to 219 miles per hour at Le Mans. The car is capable of reaching this speed even when the chicanes are introduced at the Mulsanne straight in season '90.

This is the year when XJR-12 becomes the winning car at 24 Hours of Le Mans with drivers Martin Brundle, John Nielsen and Price Cobb. It relies on the proven V12 engine used for the Jaguar XJR-9 LM, even though the XJR-10 & 12 are with turbocharged engines. However, it looks as they are too fragile to handle the load of the 24 hours endurance competition.