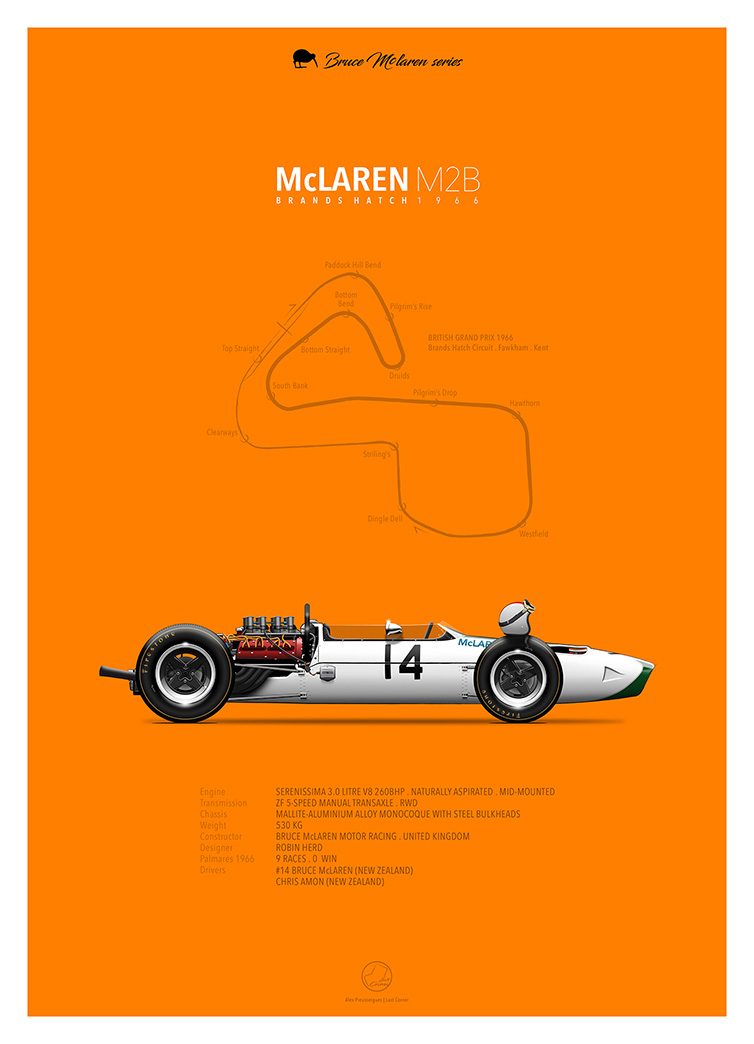 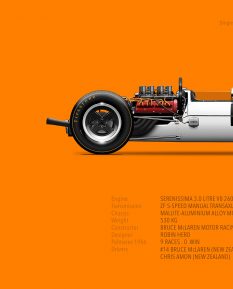 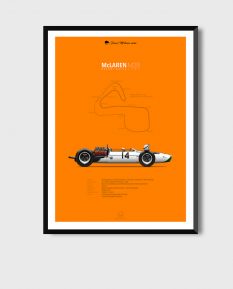 McLaren M2B has never been the fastest car and has not won any races. But the model is somehow necessary, one of a kind, a pioneer. It is actually the first McLaren car to enter a F1 race. This happens during the 1966 season at the racing weekend of the Monaco Grand Prix.

McLaren M2B is the brainchild of the immensely talented Robin Herd, aged 26 at the time. As he has already participated in the construction of the Concord, he transfers the knowledge acquired from aeroplane engineering to F1 car construction. For the making of the M2B, Maclaren utilizes a new technique called Mallite that is already in use in the aeroplane industry. The new material is an end-grain balsa wood pressed between two duralumin sheets.

Mclaren M2B fails to win any races due to an unreliable engine that lacks enough power. The car manages to finish two races, collecting a total of 2 points for 6th place in Britain and 5th in the USA. But it is the car in which Bruce McLaren enters his first F1 race. It will be also remembered with its appearance in the iconic 1966 movie “Grand Prix” as the car of the fictional Japanese team. The rest is history.