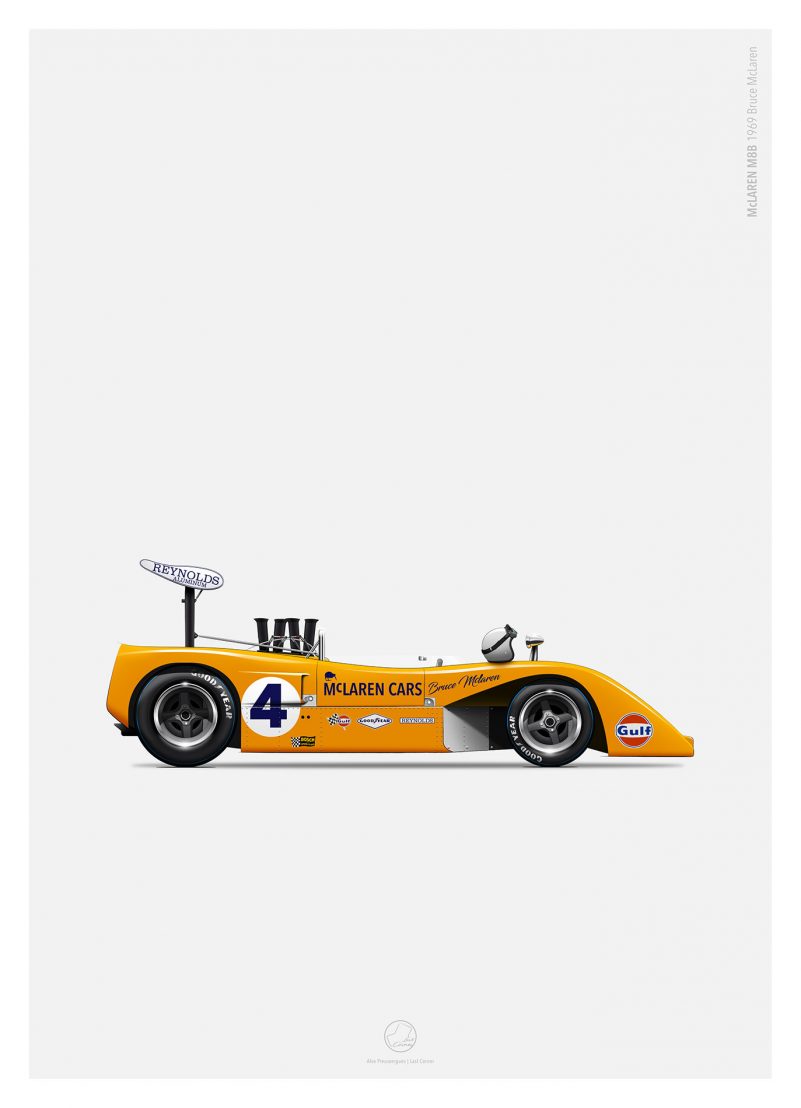 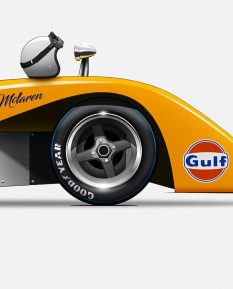 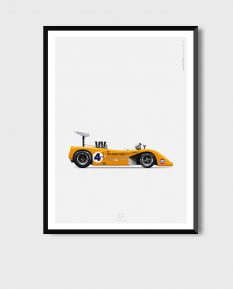 There are just a few cars that can brag about being exceptional in all areas - design, construction, handling, racing statistics, sounds. For sure McLaren M8B is one of them.

This car is more than just an astonishing piece of machinery. The M8B races in Can-Am races (Canadian-American Challenge Cup) despite McLaren is not an American company. Just imagine the combination: a European F1 style team develops the brainchild of Bruce McLaren and races it on the other side of the pond. The car is based on a small tubular chassis, uses an unusually tall wing on its back for downforce. This is all thanks to McLaren’s twisted imagination. To top it all off, it has a rear-mounted aluminium big block with over 600+ horsepower and lots of torque.

Imagine Bruce McLaren and Denny Hulme, back in 1969, as they wear their white racing suits and old school racing glasses. They roar around Watkins Glen or Texas Speedway, destroying everything in their path. They win all eleven races. Yes, you read that right. They win every single one of the races and Bruce grabs the title with just five points over his teammate.

Sadly (or not), due to today’s safety regulations and limitations on horsepower, stories like this one remain in the past. With Simply Petrol you have the chance to revive the old days of glory by purchasing this colourful M8B art print by artist Alex Pieussergues.