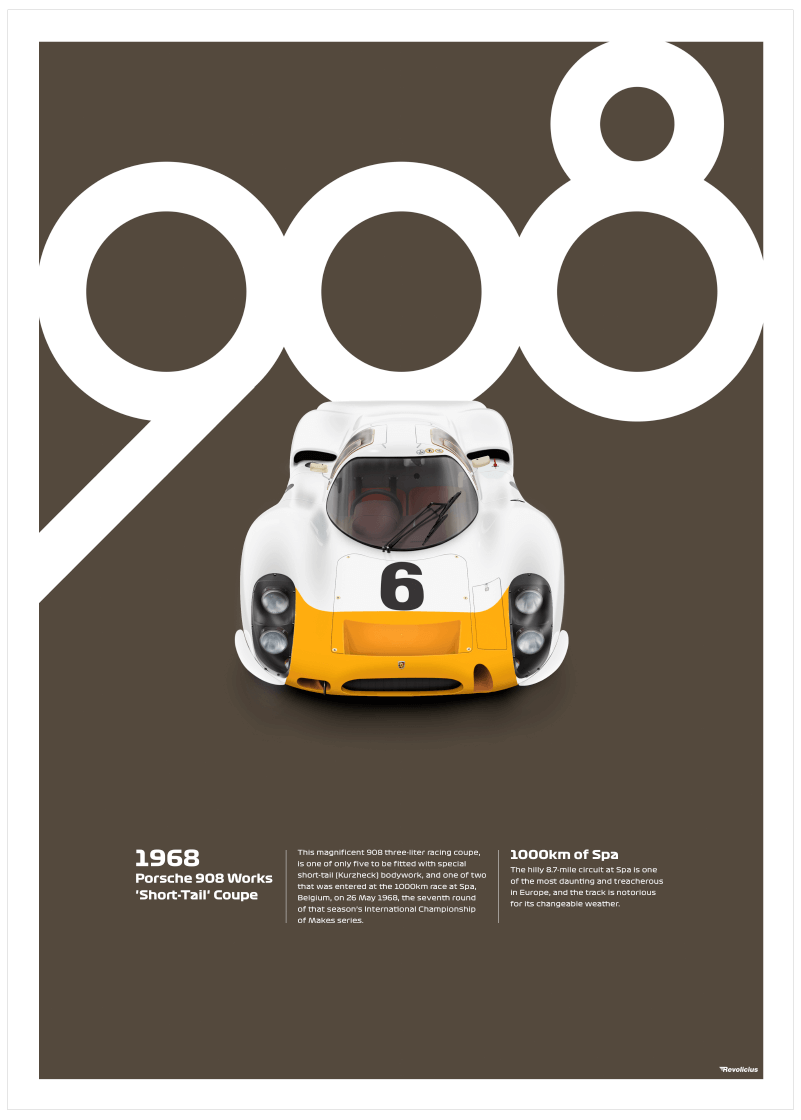 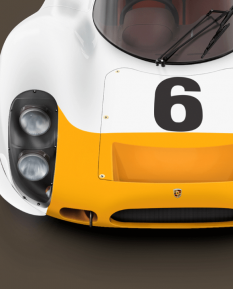 The car that wins the Nurburgring 1000 km in three different decades inspires the artist Stamatis Tsirdimos to create this beautiful 1968 Porsche 908 poster. This Porsche is among the cars that pave the way for the glorious 917 and its epic victories. This is a story of a racer whose production is in less than 30 units in three different body styles and various engines.

This Porsche 908 poster is the story of a multipurpose racecar

Porsche 908 comes in many shapes and powertrain versions. Its strength is in endurance racing and hill-climbing. It can conquer both fast and slow tracks. Furthermore, the 908 is the first sports car by Porsche that stretches the maximum engine size in allowance to 3.0 litre, 8-cylinder boxer engine. With only two valves per cylinder and the traditional air cooling, the 908 initially has just 350 hp. Such power is way behind the F1 style engines in the class, altough they aren’t suitable for endurance racing.

The closed body style of Porsche 908 aims to provide low drag at the fast track. Later it appears also as a lighter open spider. Cars with such bodies are racers at Targa Florio and Nurburgring.

This Porsche 908 poster features a car that is among the few with a short-tail Kurzheck bodywork. This particular car enters the 1000km Spa in May 1968. Unfortunately, it doesn’t finish because of heavy rain and a crash into a telegraph pole. Nowadays that same car is restored to its previous glory and is a frequent participant in historic racing events. Porsche 908 K takes part in the North Carolina Museum of Art`s exhibition Porsche by Design: Seducing the Speed. And it deserves it.

You can now order this stylish 1968 Porsche 908 poster by artist Stamatis Tsirdimos. It comes as a gallery-quality art print or as a poster, depending on your liking.