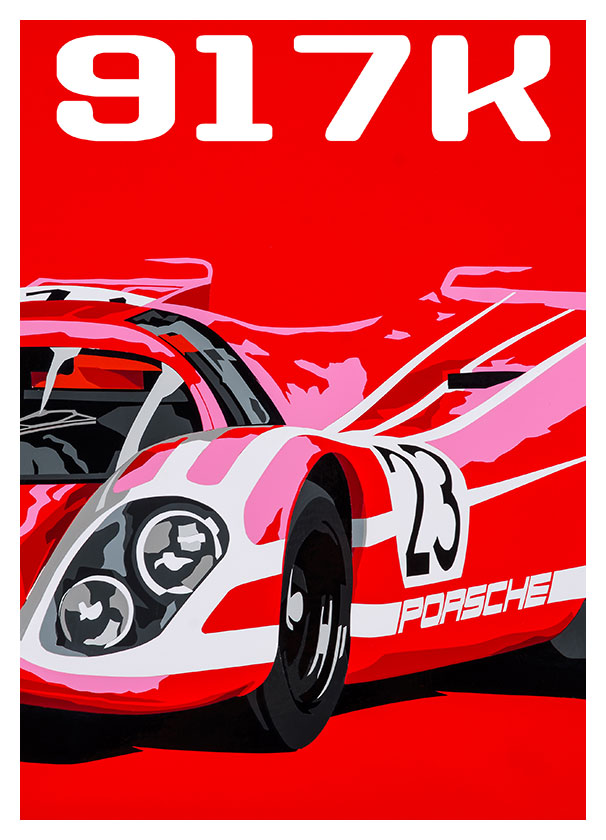 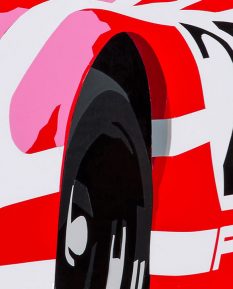 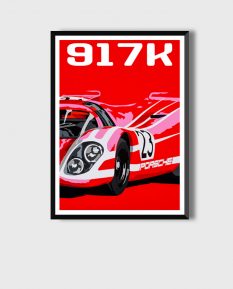 Poster Prints  by Joel Clark
Starting from $ 65. Continue to Sizes

A Porsche 917K poster inspired by the 1970 Le Mans winner

The Kurzheck coupe or the 917K has the biggest contribution to Porsche endurance racing success. The artist's inspiration for this Porsche 917 K Kurzheck poster comes from the #23 Team Salzburg racer. He is the 1970 winner in 24 Hours of Le Mans competition.

The Kurzheck, or short tail is a high-downforce version of Porsche 917 with a reduced top speed. It proves to be way more effective in endurance racing than its predecessor. The Kurzheck helps Porsche win Le Mans two years in a row, starting in 1970. Seventeen Porsche 917 cars enter the competition that year but only two of them manage to resist the race. They successfully finish in the first and second positions. Hans Herrmann and Richard Attwood drive their Salzburg red and white 917K to Porsche’s first overall victory at LeMans.

At the 2013 Goodwood Festival of Speed Herrmann and Attwood reunite to drive the legendary Team Salzburg red and white Porsche 917K. The vehicle is still under the Le Mans starting number #23. It's an unforgettable moment for all endurance racing aficionados who credit Porsche 917 to be one of the best racing Porsche vehicles ever created.

917K Kurzheck is not the only one high-downforce version of 917. There is another one, designed by Robert Choulet. The vehicle is known as the Langheck, or long-tail. It is intended to achieve remarkable top speed down the Mulsanne straight. And it does. Jackie Oliver reaches a speed of almost 400 km/h with his Porsche 917LH and sets a speed record that remains unbreakable for a long time.

Hand-cut vinyl is the technique behind the Porsche 917K poster

This Porsche 917K Kurzheck poster is created by the talented Joe Clark. The artist uses the unique technique of hand-cut vinyl. It is a true honor for us at Simply Petrol to represent Joe Clark's beautiful art prints.