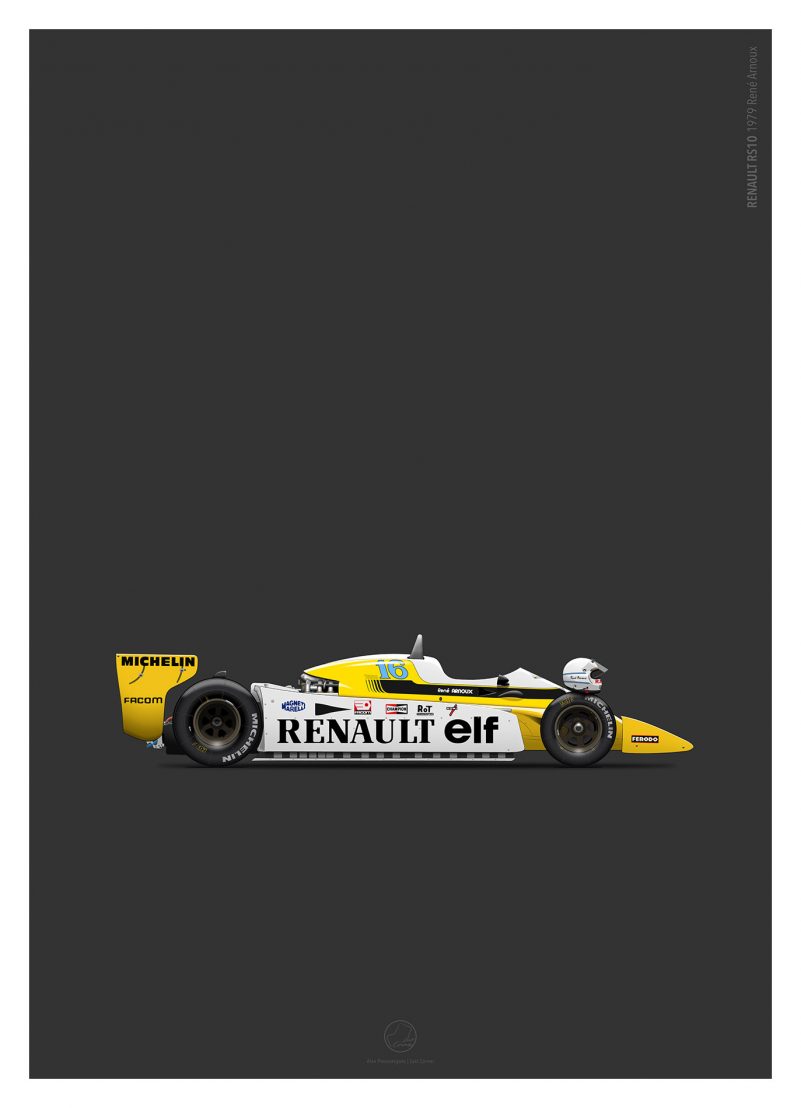 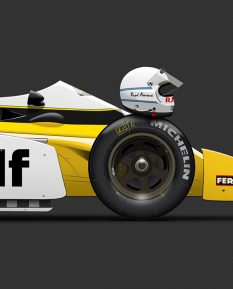 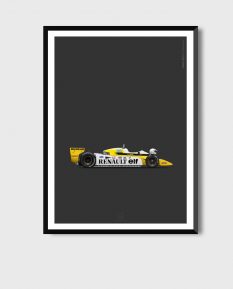 There have been many firsts in car racing and especially formula one, but perhaps not as game-changing as the Renault RS10. Strange thing, saying Renault, game-changing and Formula 1 in one sentence? Well, kids nowadays probably do not have an RS10 car art hanging on their bedroom walls, or any Renault car art for that matter. But once upon a time, they did, and after reading this, you’ll want to hang a piece of this on your wall as well.

So, what was so important about a French car winning one Grand-Prix? Well, this was the first turbocharged car to win a Formula1 Grand-Prix, ever. The fact was so sensational at the time that, Ferrari, Brаbham, McLaren and Williams went running back to the paddocks and scrambling to make a turbocharged engine of their own. The result of that win was an era who came right after, one we now call The golden age of Formula 1. Yes, we kind of owe the large 1500bhp engines to what Renault did.

At one point the Turbo madness went too far, and the FIA had to restrict it. With that happened we must say that the single most impressive achievement of Renault of that time was indeed one of the most exciting things to happen to the racing world. A small, underfinanced French team proved that a concept, which all the big boys thought was plain silly, was actually rather ingenious.