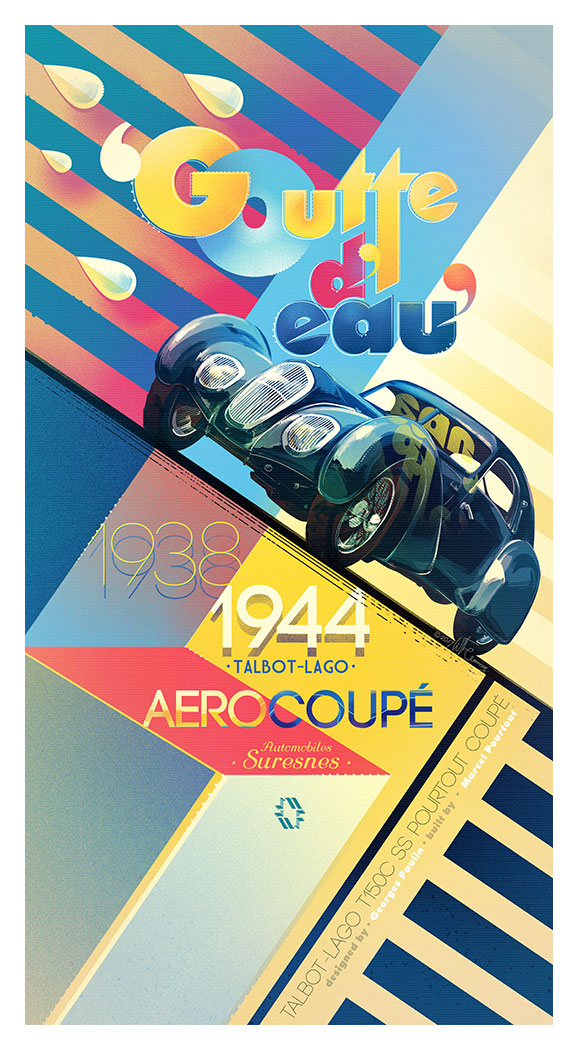 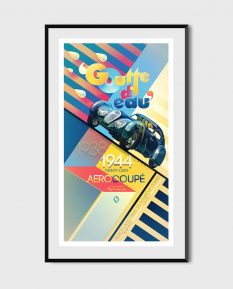 During its era, the teardrop, also known as the ‘Goutte d’Eau’, was one of the very few cars, which both redefined automotive style and won top-level racing events. Having successfully combined racing function and elegant form, the Teardrop became trendsetting and influenced many other French manufacturers to consider more streamlined design.

This Talbot-Lago T150C SS poster is a stylish time travel

T150C is the lightweight version of standard Talbot-Lago chassis. The ‘C’ letter stands for Course or Competition. In 1937 they were victorious in Tunisia, Montlhery and even British Tourist Trophy. Later that year a road going version of these chassis were released indexed as SS, after the American term Super Sport. They were specific with its extremely short wheelbase of just 2.65 m. There was 2.95 m, longer version, planned for more luxurious body styles.

Toni Lago signed a contract with Figoni and Falaschi to give their best on top of his best. The result was outstanding. Later, Marcel Pourtout received orders for his own Talbot-Lago T150C SS interpretation within ‘Goutte d’Eau’ or ‚Teardrop’ aerocoupes. In 1938, one of the stock showroom vehicles placed 3rd at 24 Hours of Le Mans. Talbot-Lago entered the next year competition with specially prepared race car with Luigi Chinetti, unfortunately, retired after really promising 88 laps.