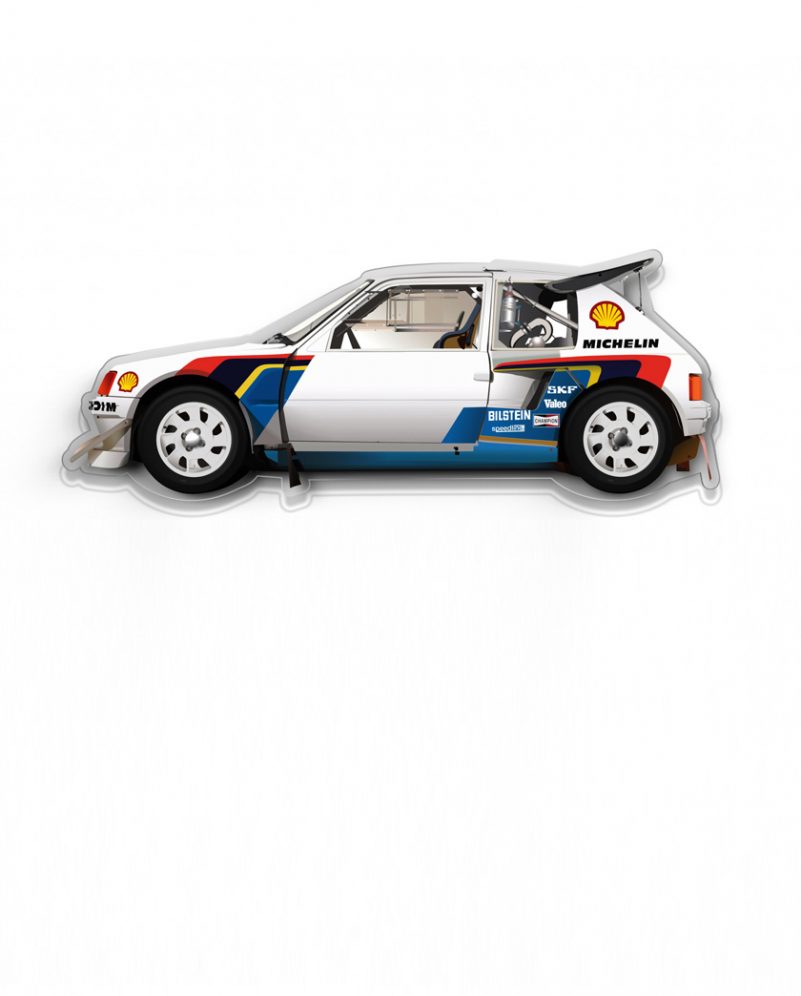 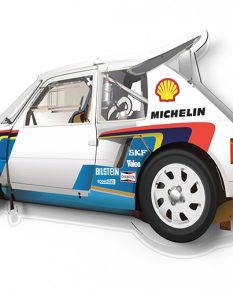 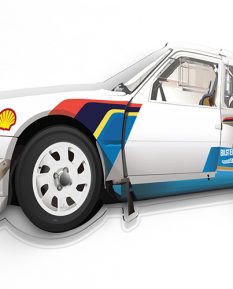 Silhouette Prints  by Halmo
Starting from $ 39. Continue to Sizes

It is a well-known fact that France has a taste for racing - the first-ever motoring competition takes place in 1894 between Paris and Rouen. La République is also famous for its excellent car manufacturers. For example, think of Le Mans and the legendary Group B rally – the pinnacle of rallying. Peugeot joins the high-octane party with a racing car based on its best-selling model 205. The company produces only 40 racers, a batch of 20 from the initial release and 20 more in Evo 2 version. You can enjoy the latter here as a stunning Peugeot 205 T16 silhouette art by Halmo.

When 205 T16 starts competing in Group B rallying it challenges the dominance of Audi Sport Quattro Group B and the raising capabilities of Lancia with their 037 Group B racer. In its second racing year, Peugeot 205 T16 pushes even harder with its drivers Ari Vatanen and Timo Salonen.

The Desert Fox, as Vatanen would later become famous, has a near-fatal crash with his 205 T16. Timo Salonen manages to win both pilots and constructor titles for Peugeot in 1985. The following season is the last one for Group B rally monsters because of ferocious crashes that take the life of pilots and spectators. In this final 1986 season, Peugeot wins both titles one more time.

From a technical point of view, Peugeot 205 T16 has very few common parts with the original 205. The T16 is mid-engine, AWD car built on a tubular frame. Its engine utilizes the XU engine block of Peugeot Citroen but with a specially developed 16-valves head. The gearbox comes out of Citroen SM but is mounted transversely.

After its stint at Group B, the T16 proves its racing capabilities in Pikes Peaks and Rally Dakar competitions that give it its legendary status.

You can order now at Simply Petrol marketplace your own silhouette Peugeot 205 T16 poster by Halmo prints.