The 375 is one of the most beautiful sports cars of its time produced by Ferrari in 1953 and 1954. Indeed, a quick and scary ride with its 340 horsepower in the 50s when tires were skinny, brakes were drums and downforce was yet to be discovered.

There’s no mistaking the 375 MM’s singular mission was to go fast and win races. It’s a 100% pure, purpose build, spartan race car with a tidy cockpit, two white vinyl bolstered seats, big wood-rimmed steering wheel and Brooklands-style windscreen. Interestingly the only two readable gauges show the engine revs to 8000 rpm and the road speed up to 300 kph. Both the 375 MM and 375 Plus spiders were road racing’s giant killers in 1954.

As many Ferraris at the time, the name derived from its per-cylinder displacement of 375 cm3 in the 4.5 Liter V12. Being an Enzo racing car dating from the 50s the car was powered by a V12. Surprisingly not a Colombo engine. This particular car received an engine from the newly employed Aurelio Lampredi as the company’s marquee new engine designer. Although Lampredi’s engines were the real racing force of Ferraris, it was the Colombo’s V12 which would be the primary motivator for the company’s consumer products in the 1950s and 1960s. 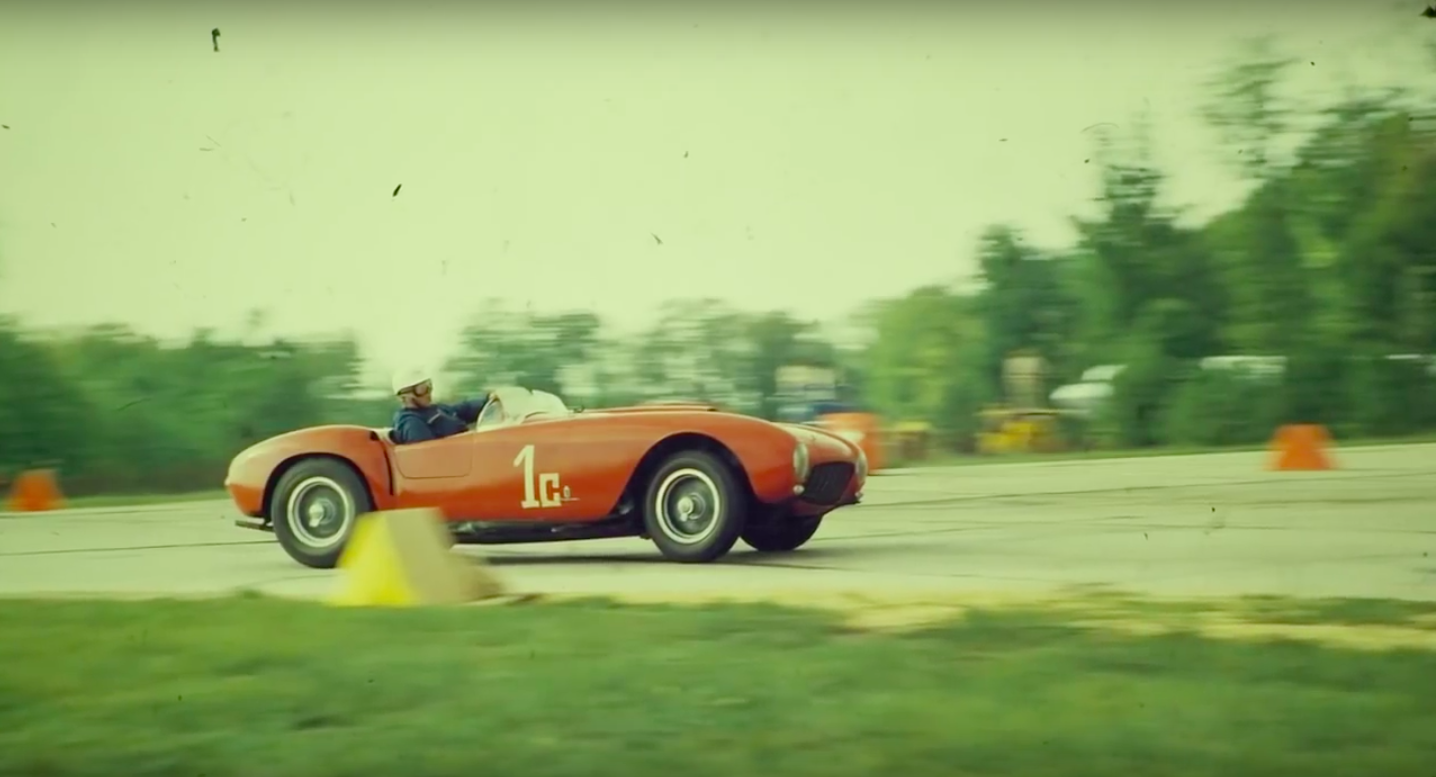 Enzo Ferrari trusted Pinin Farina for the styling of the 375 MM and the results are just breathtaking. It’s also known as one of the most eligible vintages Ferraris today, being capable of doing the Mille Miglia and the Goodwood just as easy as the Pebble Beach or the Villa d’Este Concours d’Elegance. We had that proved only a couple of days ago.

The number 9 that won the show was produced in December 1953, and it is preserved until today in unrestored condition. The 0382 AM is the only one left an unrestored example in existence.

The car is rather unique also because it has raced only in the United States, starting with the 12 Hours of Sebring spring 1954. It was pre-sold to the semi-pro driver Bill Spear as chassis number 0382 AM and shipped from the factory to Luigi Chinetti Motors in New York City.  It arrived on New Year’s Eve to be delivered to Spear in early January. It’s a little-known fact that the Ferrari factory number was changed three times before leaving the factory. 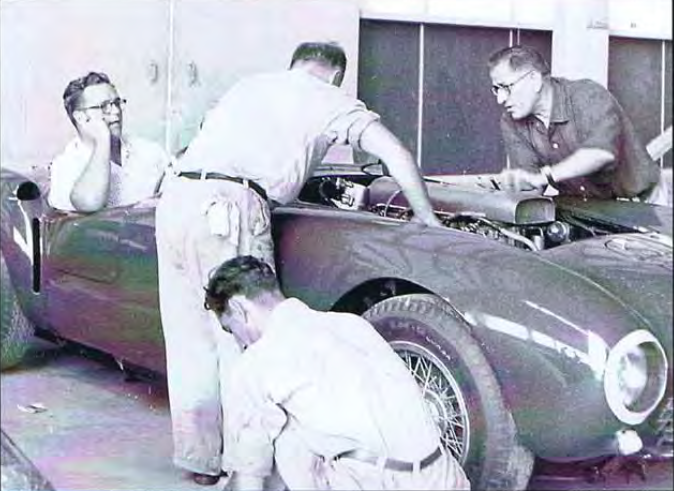 Bill Spear himself was a quite experienced racing driver who finished 3rd overall at Le Mann in Briggs Cunningham C4-R and raced with competition Ferraris including a 166 MM Touring Barchetta, 340 America Touring Barchetta and a 340 MM Vignale Spyder.

Off to the Races

The car raced for the first time on March 7, 1954, for the 12 hours in Florida. Sadly the race ended after 60 laps due to rear axle problems just after Spear’s co-driver Phill Hill took the wheel. Hill is another American to become Formula World Champion with Ferrari in 1961.

Just one week later the 375 MM averaged 97 mph with a top speed of 150 mph, finishing second overall at the Savannah Grand Prix in Georgia. The only that managed to overtake Bill just at the end of the race was another 375 MM. Spear’s first win in his 375 occurred on May 2 at the SCAA’s National Capital Sports Car races at Andrews Air Force Base in Maryland.

For the next season, Bill raced a Maserati 300 Sand, so the Ferrari was turned over to Jack Rutherford and later to Duncan Black. The car switched its owner three times more to end at Ian Gunn for the price of $ 10 000 on April 21, 1972. At the time Ian was world known physicist who invented the negative resistance Gunn diode which made radar detectors and microwave ovens feasible. The next time you get a speeding ticket timed with a radar gun, you know who to blame. Gunn raced his now eighteen-year-old Ferrari at vintage events in 1972 and 1973. 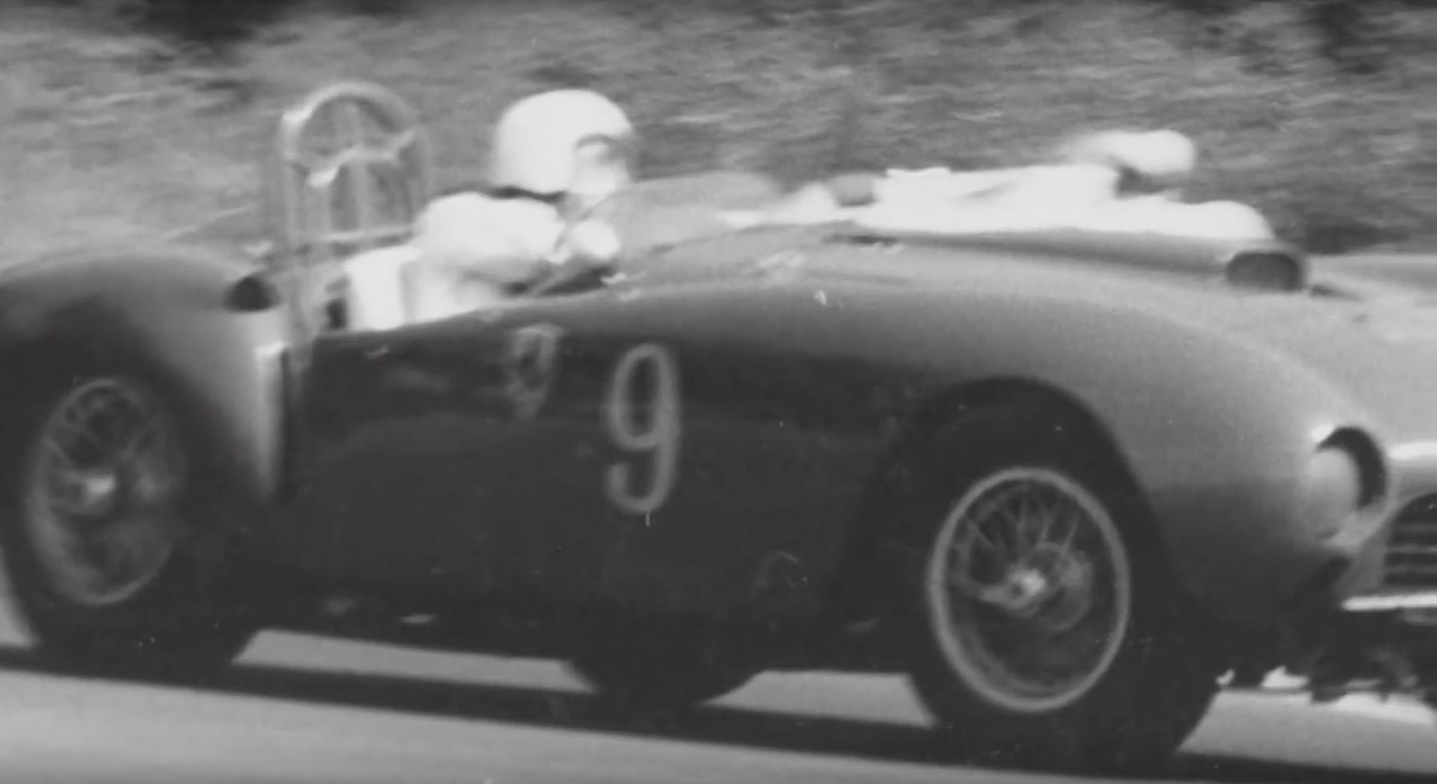 The car’s remarkable racing career ended 18 years after its first race. The 375 was tired; the gearbox was broken and the drum brakes – just too old. They fatigued so massively during the last run that Ian decided to trailer the car to a garage and put it on blocks for the next 36 years.

After Ian Gunn passed away on December 6, 2008, his daughters decided it was time to find a new home for the old Ferrari. It was given to Mark Ketcham, an old friend to Ian and a classic and exotic car dealer. Later in 2010, the car became third in the Post-War Preservation Class after being carefully rebuilt to a drivable condition by Paul Russel and Company in Essex, Massachusetts.

The current owner Andreas Mohringer bought the car in 2010 and fell in love with its excellent, original patina.

Hats off to Andreas Mohringer who keeps that beautiful Ferrari in its original shape. 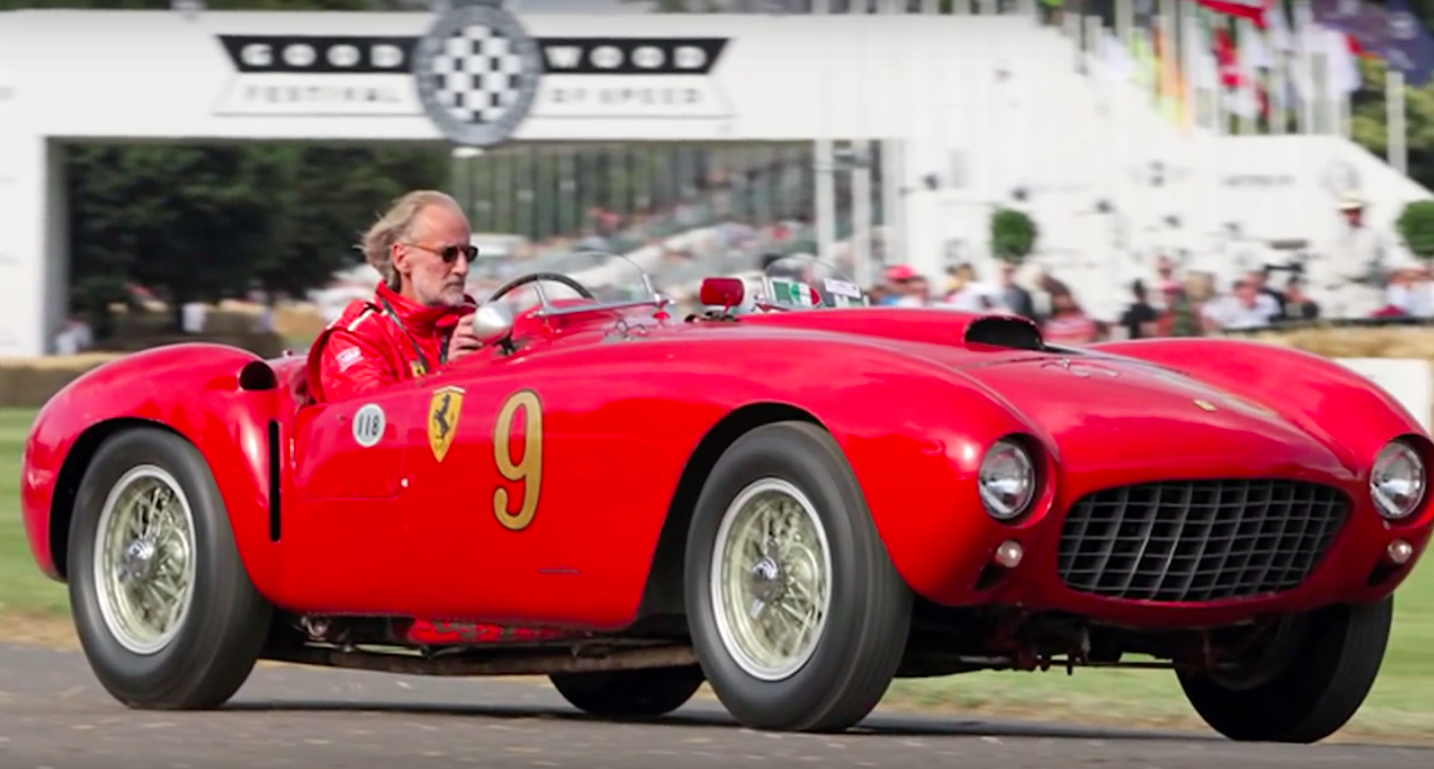